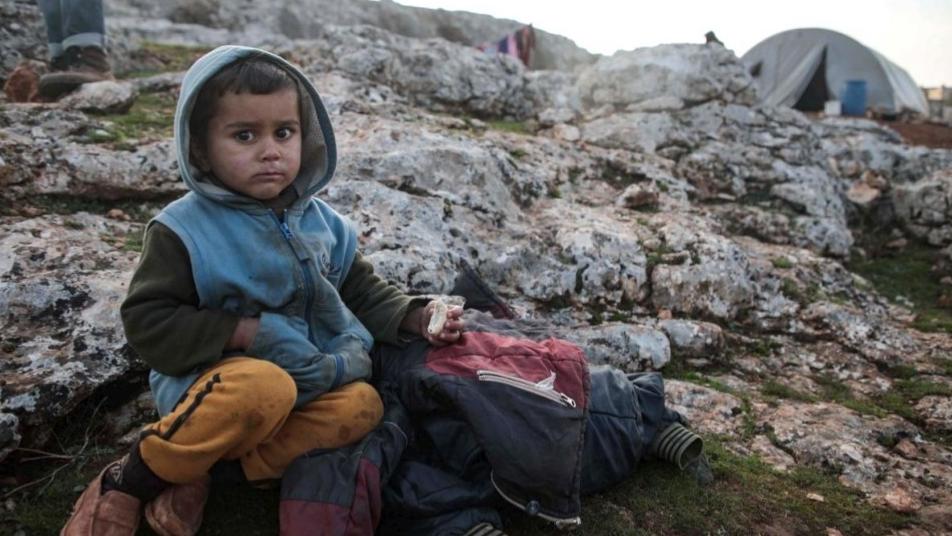 More than 80 per cent of recently displaced 900,000 Syrians in Idlib are women and children. Their needs are dire and many are exposed to harsh winter weather. © Ritzau Scanpix
Orient Net
With the dramatically worsening situation in Syria’s Idlib province, where close to a million people are in grave danger, UN High Commissioner for Refugees Filippo Grandi supports called on Thursday (February 20) for a cessation of hostilities and appeals for urgent action to allow people trapped in the conflict to move to places of safety.
More than 900,000 people are estimated to have fled their homes or shelters in Idlib in recent months. Most are now in northern Idlib and Aleppo governorates, compounding the already disastrous humanitarian situation there, amidst freezing conditions.
“We need an end to the fighting, and access to safety to preserve lives,” said the High Commissioner. “The UN Secretary-General has appealed for parties to the conflict to respect the rules of war. Every day that passes, that call is more urgent. Thousands of innocent people cannot pay the price of a divided international community, whose inability to find a solution to this crisis is going to be a grave stain on our collective international conscience.”
“As in the past, in moments of crisis, I am also appealing for neighbouring countries, including Turkey, to broaden admissions, so that those most in danger can reach safety - even knowing that capacities and public support are already strained,” Grandi said. “For these countries, already hosting 5.6 million refugees, of whom 3.6 million are in Turkey, international support must be sustained and stepped up.”
“Let me be clear,” said Grandi. “As humanitarian agencies, we are striving to save lives, but the space for these efforts is shrinking. In the face of such suffering, humanitarian aid alone cannot be the answer,” Grandi concluded.