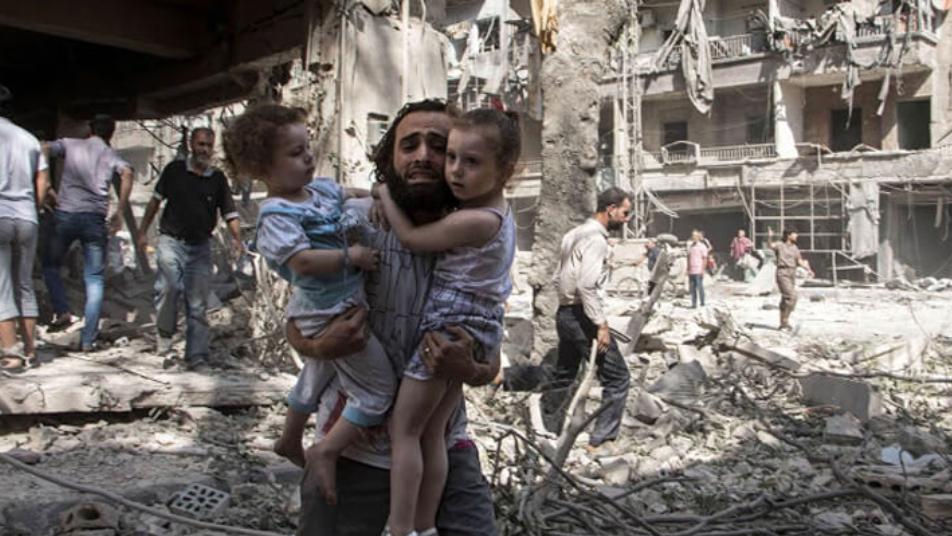 Getty Images
Orient Net
Russia on Wednesday (February 19) warned Turkey against intervening in Syria as it blocked a UN bid to end the Assad regime's brutal assault on Idlib.
Russia has repeatedly vetoed UN resolutions on the conflict as it hopes for the triumph of the regime.
At the United Nations, diplomats said they were unable to produce a statement on ending the fighting due to Russian objections.
"We tried very hard to have a press statement calling for cessation of hostilities and humanitarian access to Idlib," said Nicolas de Riviere, the French ambassador to the United Nations.
"Basically Russia said 'no', which is very painful," he told reporters.
Syrian aid workers called urgently for a ceasefire and international help for nearly a million people fleeing the regime onslaught in the country's northwestern Idlib province -- the biggest wave of displaced civilians in the nine-year conflict.
Turkey, supporter of Syrian opposition groups in Idlib, has been pushing for a renewed ceasefire in talks with Russia, which backs the Assad regime. Ankara is eager to prevent another flood of refugees into its territory adding to the 3.7 million Syrians it already hosts.
The Syrian NGO Alliance said displaced people are "escaping in search of safety only to die from extreme weather conditions and lack of available resources".
"We have hundreds and thousands of people who are fleeing... not just from bombardments but from lack of insulation, from the weather, a lack of heating. It feels like doomsday," Razan Saffour, of the Syrian Expatriate Medical Association, told AFP in Istanbul.
The group said a total of $336 million was needed for basic food, water and shelter. Education resources were also needed for 280 million displaced school-age children.
The UN envoy to Syria, Geir Pedersen, confirmed that no progress had been made either in several rounds of talks between Turkey and Russia held in Ankara and Moscow.
"To the contrary, public statements from different quarters, Syrian and international, suggest an imminent danger of further escalation," he told the UN Security Council.
Earlier this week the United Nations said the displaced were mainly women and children. It warned that babies were dying of cold because aid camps are full.
The Syrian NGOs called for the warring parties to allow safe access for humanitarian groups and for a "complete ceasefire and end to human rights violations".
The head of the World Health Organization said Tuesday that out of nearly 550 health facilities in northwest Syria, only about half were operational.
"We repeat health facilities and health workers are not a legitimate target," Tedros Adhanom Ghebreyesus told journalists in Geneva.
Based on AFP