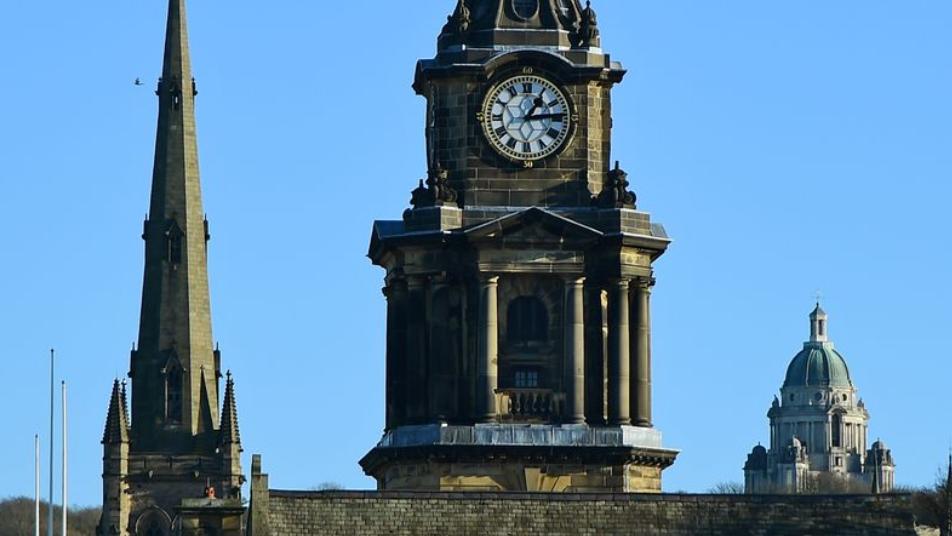 Views of Lancaster Cathedral, Lancaster Town Hall and Lancaster Ashton Memorial rooftops. (Image: Colin Lane/Liverpool Echo)
__new_Underarticle_image_EN__
Orient Net
Lancaster has taken in 15 Syrian refugee families since 2017 and there are plans to help more later this year. Lancs Live reported.
The city council participated in the global resettlement scheme from 2017 to 2018 and is likely to rejoin in 2020.
If the proposals are approved, Lancaster will be taking on five more families in July 2020.
A spokesperson for the council said: "Lancaster City Council has participated in the Global Resettlement Scheme and resettled refugee families in 2017 and 2018.
"It is proposing to participate in the global refugee scheme again in 2020."
A call for help has come from Lancashire County Council, which runs the Home Office funded scheme.
__new_in_first_article1__
The authority is seeking pledges from district councils to participate in the new resettlement scheme and are asking if Lancaster City Council would consider resettling five families in the district in July 2020.
Lancaster and Morecambe has City of Sanctuary status - meaning that it is ‘working towards greater inclusion and equality for refugees’.
Back in June, former Home Secretary, Sajid Javid, announced the UK plans to resettle in the region of 5,000 of the world’s most vulnerable refugees in 2020, the first year of the new scheme.
The UK will aim to resettle refugees at current levels, adding to the nearly 16,000 refugees who have already found safety here since 2015 under the Vulnerable Persons Resettlement Scheme and the many thousands resettled under other routes.
Mr Javid MP said: “Since 2016, Britain has resettled more refugees from outside Europe than any other EU state – and it’s vital we continue to do all we can to help the world’s most vulnerable.
“Under our new scheme, thousands more people fleeing conflict and persecution will have the opportunity to build a new life in the UK.
“I’m proud of the world-leading work we have done in the Middle East and Africa so far – but there is so much more to do.”