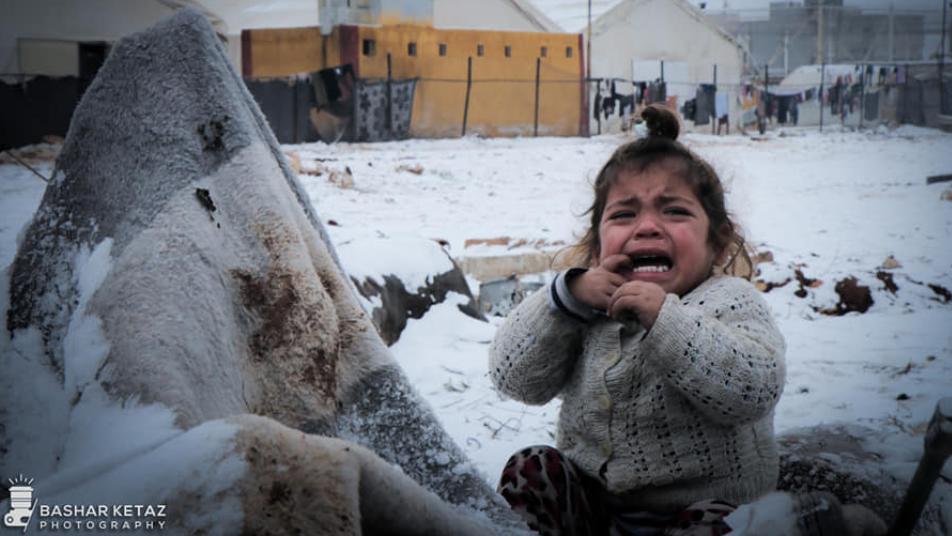 Orient Net
Russian-Assad offensive in northwest Syria has displaced 900,000 people since the start of December, and babies are dying of cold because aid camps are full, the UN said Monday (February 17).
That figure is 100,000 more than the United Nations had previously recorded.
"The crisis in northwest Syria has reached a horrifying new level," said Mark Lowcock, the UN head of humanitarian affairs and emergency relief.
He said the displaced were overwhelmingly women and children who are "traumatized and forced to sleep outside in freezing temperatures because camps are full. Mothers burn plastic to keep children warm. Babies and small children are dying because of the cold."
On Monday, Assad-Russian bombardment killed three civilians and injured others and destroyed two hospitals in Aleppo and Idlib countryside.
The Idlib province, including parts of neighboring Aleppo province, is home to some three million people, half of them already displaced from other parts of the country.
__new_in_first_article1__
The offensive that began late last year has caused the biggest single displacement of people since the conflict began in 2011. The war has killed more than 380,000 people since it erupted almost nine years ago, following the brutal repression of popular demonstrations demanding regime change.
Lowcock warned Monday that the violence in the northwest was "indiscriminate."
"Health facilities, schools, residential areas, mosques and markets have been hit. Schools are suspended, many health facilities have closed. There is a serious risk of disease outbreaks. Basic infrastructure is falling apart," he said in a statement.
"We are now receiving reports that settlements for displaced people are being hit, resulting in deaths, injuries and further displacement."
He said that a massive relief operation underway from the Turkish border is has been "overwhelmed. The equipment and facilities being used by aid workers are being damaged. Humanitarian workers themselves are being displaced and killed."
Based on AFP
قيم هذا المقال 28 0