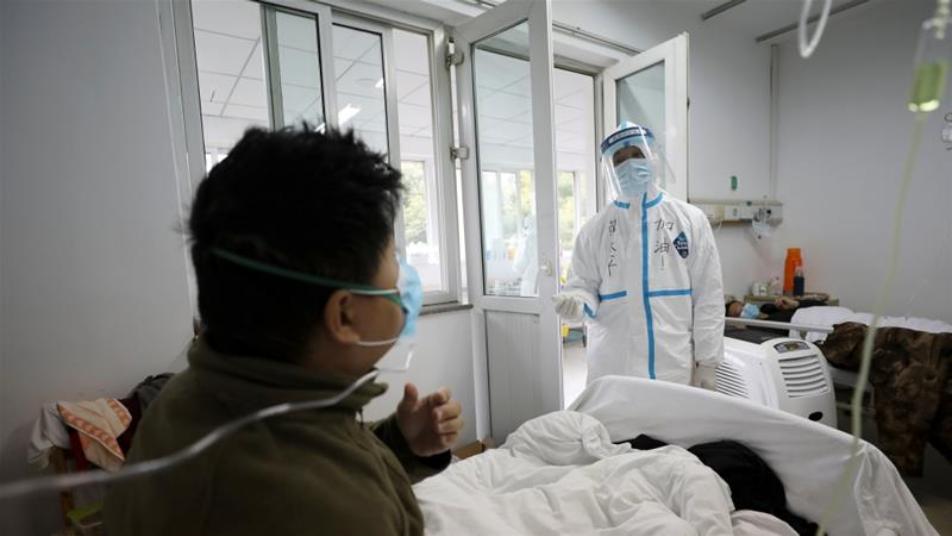 China Daily/Reuters
__new_Underarticle_image_EN__
Orient Net
The death toll from China's new coronavirus epidemic jumped to 1,770 after 105 more people died, the National Health Commission said Monday (February 17).
More than 70,500 have now been infected nationwide by the virus, which first emerged in December in central Hubei province before spreading across the country.
Chinese authorities have placed about 56 million people in Hubei and its capital Wuhan under quarantine, virtually sealing off the province from the rest of the country in an unprecedented effort to contain the virus.
New cases outside of the epicentre have been declining for the last thirteen days
There were 115 fresh cases outside the central province, according to the commission on Monday -- sharply down from nearly 450 a week ago.
Local authorities elsewhere in China have introduced measures to try and stop the virus spreading, including a rule in Beijing requiring people coming to the capital to self-quarantine for 14 days, according to official media.
__new_in_first_article1__
The number of reported infections ballooned on Thursday last week after Hubei authorities changed their criteria for counting cases, retroactively adding 14,000 cases in a single day.
Monday's figures for new cases were around 100 higher than those on Sunday but still sharply down on those from Friday and Saturday.
World Health Organization chief Tedros Adhanom Ghebreyesus has warned it is "impossible to predict which direction this epidemic will take".
International experts have arrived in Beijing and begun meeting with their Chinese counterparts over the epidemic, Tedros said on Twitter.
Global worries about its spread remain high and the epidemic's reach was highlighted by the US announcing that more than three dozen Americans from a cruise ship quarantined off Japan were infected.
Based on AFP