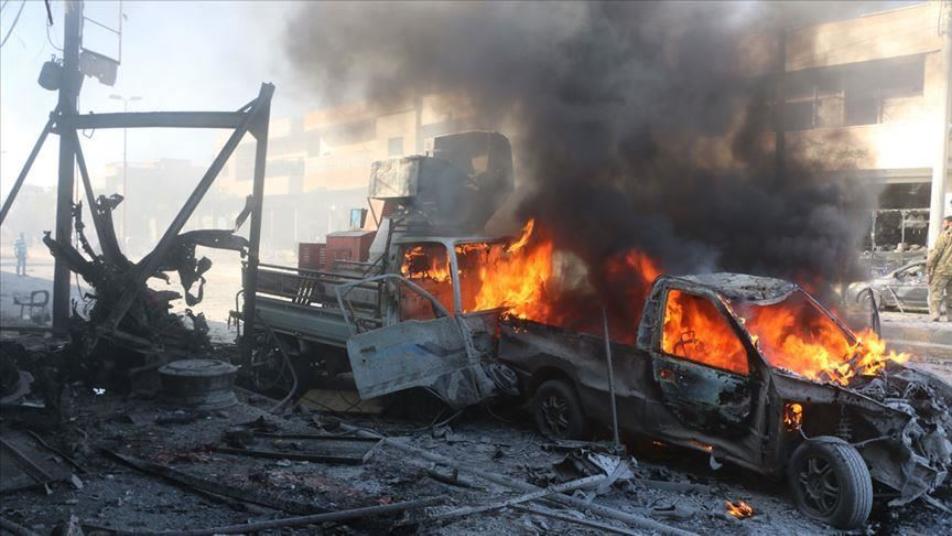 AA Photo
Orient Net
A car bomb blast took place in the city of Tel Abyad in Raqqa northern countryside, killing and injuring a number of civilians, local media reportedd.
Five civilians were killed and nine others injured on Sunday (February 16) after the blast ripped through near al-Baladiya roundabout in the heart of the city, Raqqa is Being Slaughtered Silently reported.
No group has claimed responsibility for the attack.

Last month, two civilians were killed and four others injured when a bomb-laden truck targeted the Tel Abyad city.
Turkey launched Operation Peace Spring on (October the 9th) east of the Euphrates River in northern Syria to secure its borders by eliminating terrorist elements of PKK and its affiliates and to ensure the safe return of Syrian refugees.