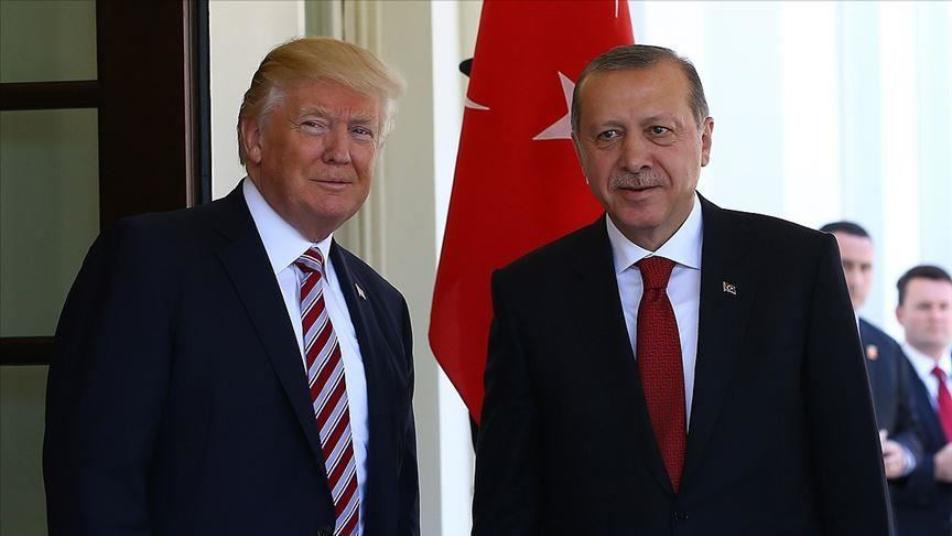 Orient Net
Turkish president and his US counterpart discussed over the phone the latest developments in Syria and bilateral economic ties between the two countries, said Turkey’s Communication Directorate.
The two presidents exchanged views on ways for an immediate end to the crisis in Syria’s Idlib. They underlined that Assad regime’s attacks in Idlib, Syria are unacceptable.
Turkish troops are in Idlib -- nominally a cease-fire zone, under a deal between Turkey and Russia -- as part of an anti-terror and peace mission.
In September 2018, Turkey and Russia agreed to turn Idlib into a de-escalation zone in which acts of aggression are expressly prohibited.
But more than 1,800 civilians have been killed in attacks by regime and Russia since, flouting a 2018 cease-fire and a new one that began on Jan. 12.
Erdogan and Trump also agreed to resume talks to enhance economic relations and to achieve the target of $100 billion in bilateral trade.
Based on AA