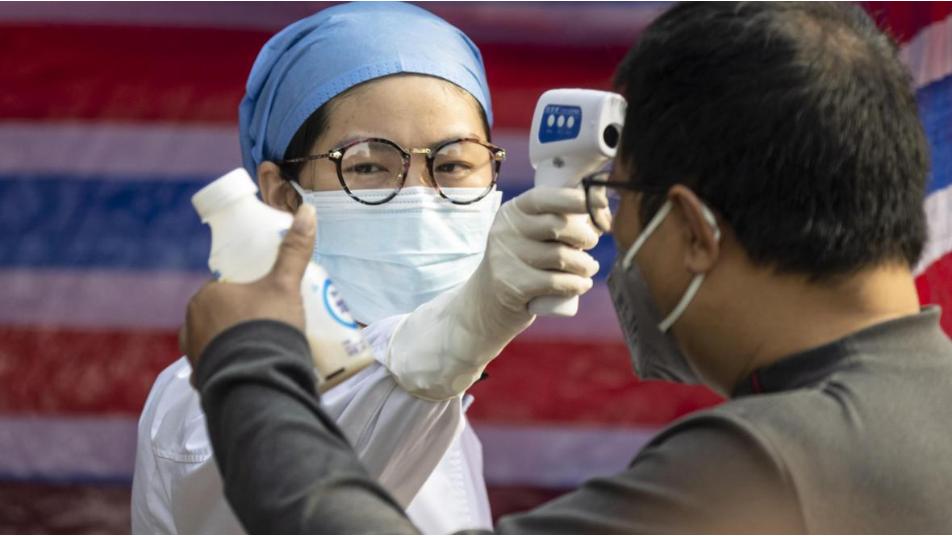 Medical workers check motorists at a roadblock in Guangzhou, China. The government has quarantined as many as 60 million people but the spread of the virus shows no signs of slowing EPA
__new_Underarticle_image_EN__
Orient Net
A new coronavirus has taken a growing toll of Chinese health workers on the front line of the fight to stop it, a top official said on Friday (February 14), as authorities reported more than 5,000 new cases, including more than 120 deaths.
Policymakers pledged to do more to stimulate economies hit by the virus, helping Asian stock markets edge higher, with Chinese shares headed for their first weekly gain in four.
China’s National Health Commission said it had recorded 121 new deaths and 5,090 new coronavirus cases on the mainland on Thursday, taking the total number of infected to 63,851.
Some 55,748 people are being treated, while 1,380 people have died of the virus that emerged in December in Wuhan, capital of the central province of Hubei, in December.
The latest toll takes account of some deaths that had been double counted in Hubei, the commission said.
__new_in_first_article1__
The Chinese health commission vice minister, Zeng Yixin, said 1,716 health workers had been infected and six had died as of Tuesday, with the number of infected staff rising.
“The duties of medical workers at the front are indeed extremely heavy; their working and resting circumstances are limited, the psychological pressures are great, and the risk of infection is high,” Zeng told a news conference.
Chinese officials and hospitals have repeatedly spoken of a shortage of protective equipment, including face masks.
Chinese scientists are testing two antiviral drugs and preliminary results are due in weeks, while the head of a Wuhan hospital said plasma infusions from recovered patients had shown some encouraging preliminary results.
Based on Reuters