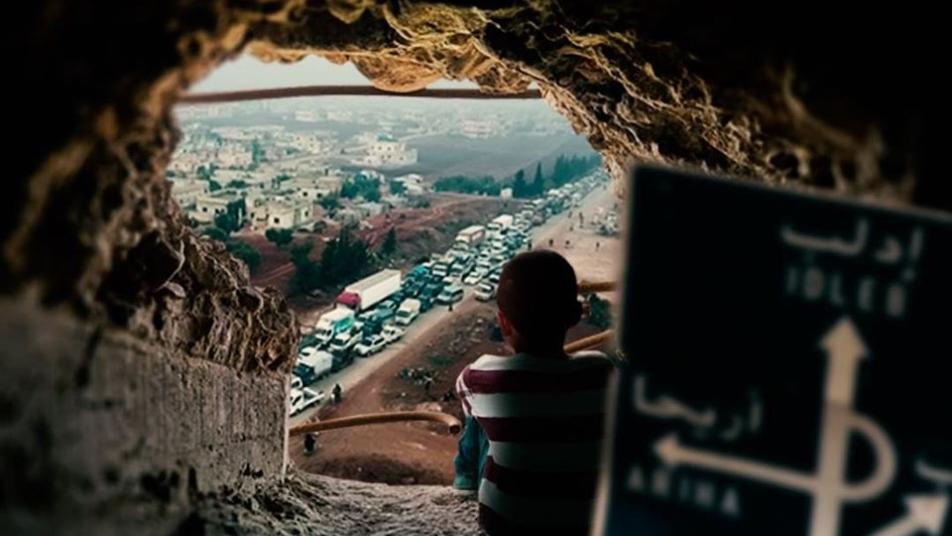 Photographer : Izzeddin idilbi
Orient Net
More than 800,000 Syrians, mostly women and children, have fled their homes during a Russian- Assad military campaign in northwest Syria since Dec. 1, a senior UN spokesperson said on Thursday (February 13).
The exodus is expected to continue, with thousands of people on the move as whole towns and communities flee to the safety of areas near the Turkish border, David Swanson told Reuters.
“Tragically, the number of people displaced – the vast majority of them women and children – has now surpassed 800,000,” Swanson said.
Russian jets and Assad artillery have pounded towns and villages since early December in a renewed assault backed by pro-Iranian militias against Syrian opposition.
On Wednesday, Russian warplanes killed seven civilians and injured 11 others in Aleppo countryside.
On Monday, Russian airstrikes on the village of Abin Semaan in Aleppo countryside killed 13 civilians, including seven children and three women and injured 21 others, including eight children and nine women.
On Sunday, the warplanes killed 18 civilians and injured 43 others in Aleppo and Idlib countryside.
“Residents are fleeing by the thousands in open trucks or by foot; often at night to escape detection despite the bitter cold temperatures,” Swanson, the UN regional spokesman for Syria, told Reuters.
UN officials say the region is on the brink of a humanitarian catastrophe. Those on the run in Idlib and adjoining Aleppo province are joining close to 400,000 people who fled earlier bouts of fighting to the safety of camps near the Turkish border.
The latest offensive has brought the military campaign closer to heavily populated northern Idlib along the border, where nearly 3 million people are trapped, according to the United Nations.
Families fleeing air strikes and advancing troops in Idlib province are sleeping rough in streets and olive groves and burning toxic bundles of rubbish to stay warm in the biting winter weather, aid workers say.
Based on Reuters