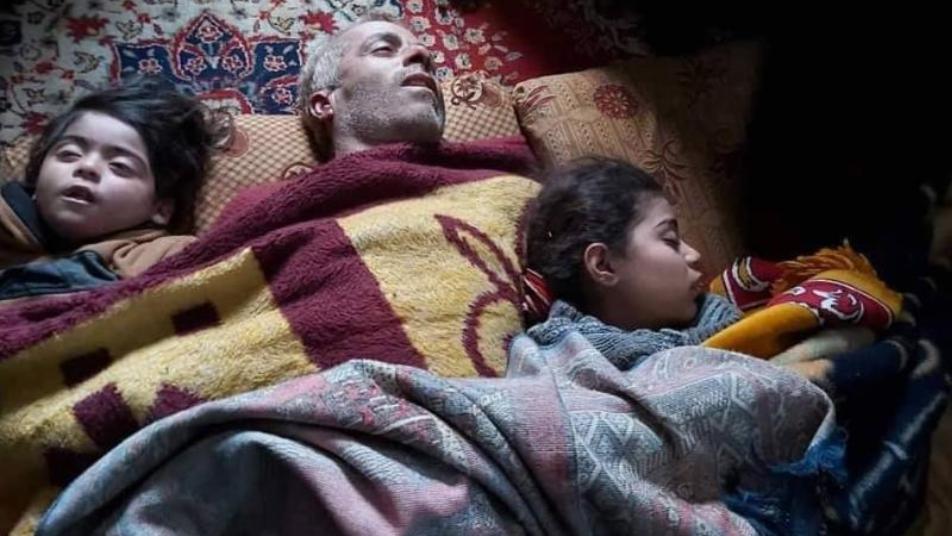 Orient Net
Nine Syrians have died of cold in light of the continuing waves of displacement of civilians from Idlib and Aleppo countryside, according to a Syrian NGO on Thursday (February 13).
More than nine deaths in the camps were reported as a result of the cold, burns and suffocation, in light of the continuing waves of displacement of civilians from Idlib and Aleppo countryside, Syria's Response Coordination Group said.
Iman Laila, a one-and-a-half-year-old infant, died on Thursday before she arrived the al-Shifa Hospital in Afrin city due to respiratory diseases caused by the severe cold.
On Tuesday, Abdul Wahhab Ahmad al-Rahhal, a displaced infant from Khan Sheikhoun city died due to severe cold in al-Jazira IDPs Camp in Atma cluster in Idlib northern countryside.
On Monday, two parents and their two children died of suffocation from the emissions of heating materials while they were sleeping inside their tent near Kafr Rumah town in Idlib countryside.
A child and an infant were severely burned also on Monday in a fire in a camp in Darat Izza town in Aleppo western countryside.
Low temperatures aggravated the suffering of the IDPs who have to endure dire conditions in inadequate makeshift tents.
It is worth mentioning that the scarcity of heating fuel forces IDPs to use risky hazardous methods of heating such as burning wood, paper, and plastic which lead to asphyxia and fires accidents.