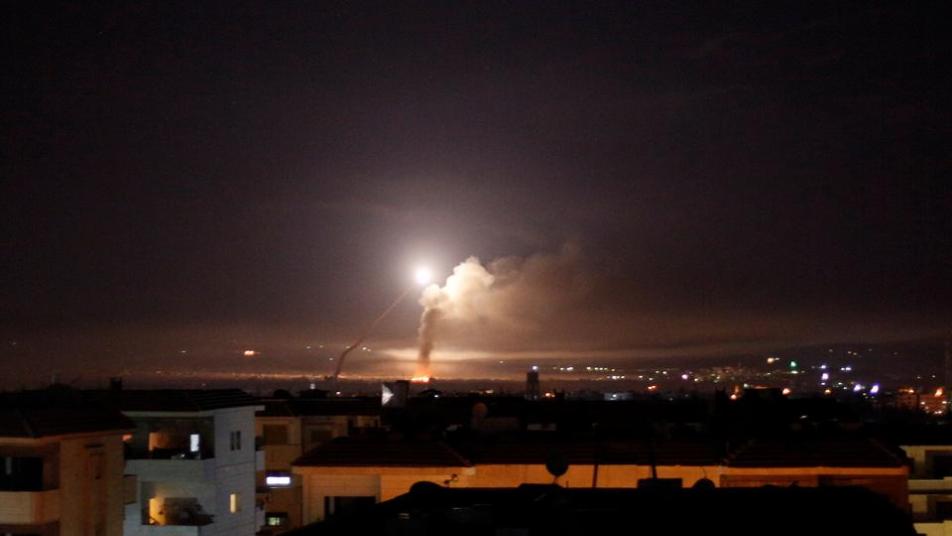 Missile fire is seen from Damascus, Syria May 2018. (Reuters File Photo)
Orient Net
Israeli airstrikes targeted sites around the Syrian capital of Damascus and near Damascus International Airport late Thursday (February 13), according to Assad regime’s media.
“Our air defenses are responding to hostile targets in the sky over Damascus,” Assad regime’s SANA reported.
Israel carried out strikes against Iranian regime-backed militias near Damascus, according to activists.
The attacks appeared to have targeted a shipment of weapons that was flown into Syria on Wednesday from Tehran.
Assad regime media said the incoming missiles appeared to have been fired from the Golan Heights.
Videos posted on social media showed explosions in mid-air lighting up the night as Assad anti-aircraft missiles burst in the sky.
There was also no immediate comment from Israel.
Earlier this month, Israel targeted pro- Iranian regime’s positions and regime’s military positions in and around Damascus, killing pro-Iranian militiamen.
Israel has launched hundreds of missiles towards Syria in recent years, targeting Iranian-backed militias as well as supplies sent by Hezbollah to support Assad militias.