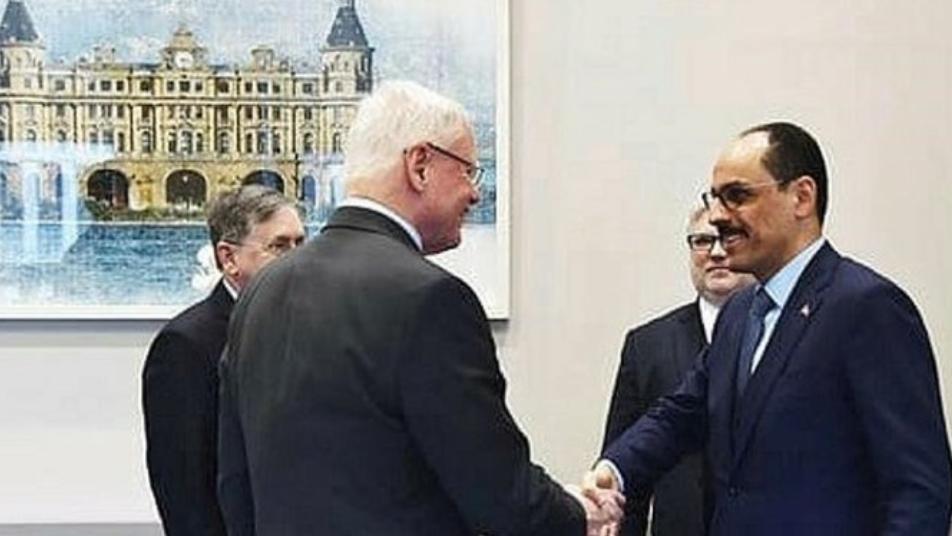 Orient Net
Turkey’s Deputy Defense Minister Yunus Emre Karaosmanoglu, US special envoy for Syria James Jeffrey and US ambassador to Turkey Michael Satterfield exchanged views on regional security issues, especially the situation in Idlib province.
Karaosmanoglu said more concrete steps should be taken to stop the human tragedy in Idlib or there will be a new wave of refugees that will exceed the boundaries of Turkey.
He also stressed that the US should end its support, including arms and ammunition, for the PKK-KCK/YPG terrorist organization.
Jeffrey also met Turkey's presidential spokesman Ibrahim Kalın in Ankara.
Targeting Turkish army's observation posts by Assad regime in Idlib is unacceptable, Kalın and Jeffrey stressed.
During the meeting, Turkey's determination on protecting Turkish soldiers and civilians as part of Idlib deal was strongly highlighted.
Idlib has been a stronghold of the Syrian opposition since the outbreak of the Syrian revolution in 2011.
In September 2018, Turkey and Russia agreed to turn Idlib into a de-escalation zone in which acts of aggression are expressly prohibited.
But more than 1,800 civilians have been killed in attacks by Assad regime and Russia since then, flouting both the 2018 cease-fire and a new one that started on Jan. 12.
Based on AA