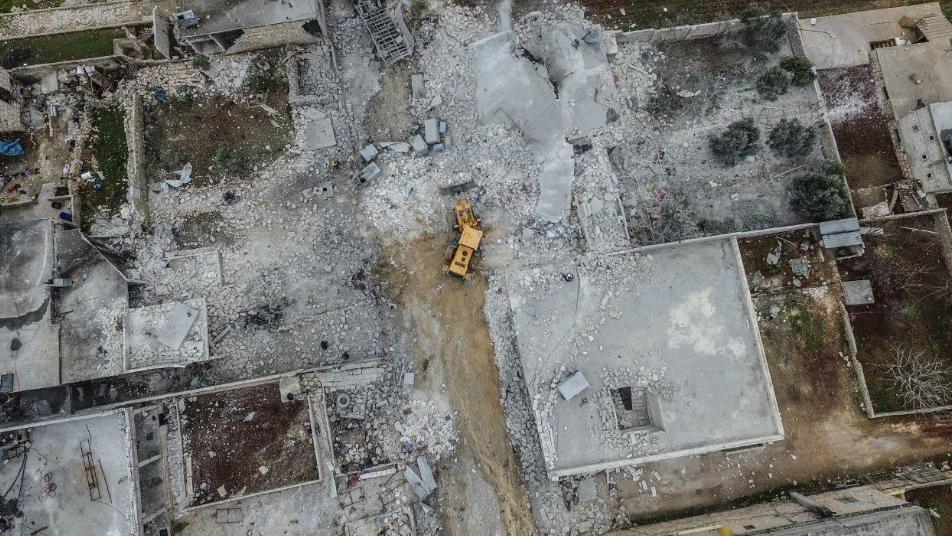 White Helmets Photo
Orient Net
Russian warplanes intensified bombardment on Aleppo countryside on Wednesday (February 12), killing seven civilians and injuring 11 others, Orient correspondent said.
Four members of a forcibly displaced family, including a child, were killed and three others were injured after a Russian warplane bombed Kafr Emma village in Aleppo countryside in the early hours of Wednesday.
White Helmets volunteers have worked hard for more than 12 hours to rescue civilians from under the rubble of the destroyed building in the aftermath of the airstrike. The warplanes targeted in the evening civilian homes in Abin Samaan town, killing three civilians and injuring six others.
Assad artillery shells targeted al-Atarib town, injuring two civilians.
On Monday, Russian airstrikes on the village of Abin Semaan in Aleppo countryside killed 13 civilians, including seven children and three women and injured 21 others, including eight children and nine women.
On Sunday, the warplanes killed 18 civilians and injured 43 others in Aleppo and Idlib countryside.
Assad-Russian warplanes have committed dozens of massacres in Idlib and Hama countryside since they launched their bombing campaign on the 30th of April, largely violating the de-escalation zone deal reached between Russia and Turkey.