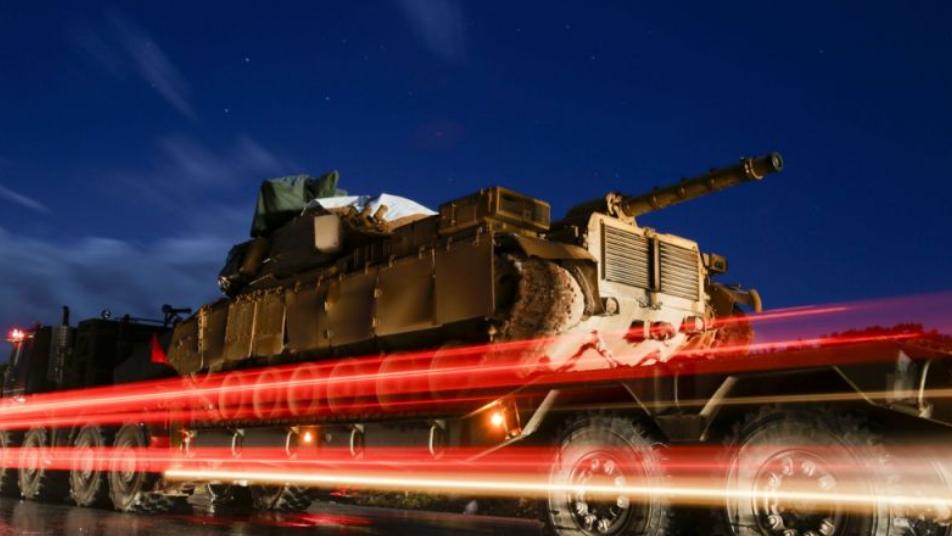 Erdogan: Turkey to announce new steps against Assad regime
Turkey on Wednesday (February 12) will announce a series of new steps it will take against the recent Assad regime attacks on Turkish soldiers in northwestern Syria's Idlib province, President Recep Tayyip Erdogan said Tuesday.
Speaking at an award ceremony at Bestepe National Congress and Culture Center in Ankara, the president said the Assad regime will pay a heavy price for targeting Turkish troops in Idlib as part of an agreement.
"We have given the necessary response and retaliated in kind but this is not enough," Erdogan said, adding that he will share the details of the steps on Wednesday.
The Turkish military and the Syrian National Army (SNA) launched an operation in Idlib as the number of Turkish casualties rose to 13 in attacks launched by the Assad regime on Monday.
__new_in_first_article1__
Assad warplanes launched several airstrikes on Idlib city center and the industrial area in Idlib city on Tuesday, killing at least 12 civilians, including seven children and injuring 33 others.
Ankara and Moscow agreed last year in Sochi to stop acts of aggression and turn Idlib into a de-escalation zone, which was to be monitored by 12 Turkish observation points.
Russian President Vladimir Putin will discuss the situation in Syria with Turkish President Tayyip Erdogan by phone on Tuesday amid rising tensions over the Syrian province of Idlib, the TASS news agency cited the Kremlin as saying.
Based on DS, Reuters
قيم هذا المقال