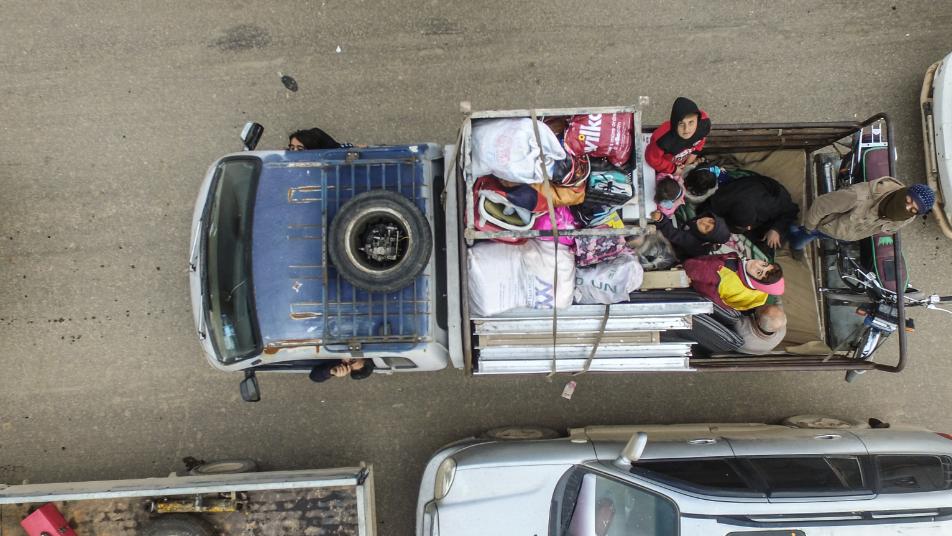 AA Photo
Orient Net
A wave of displacement that has seen around 700,000 people flee an Assad regime offensive in Syria's Idlib is the biggest of the nine-year-old conflict, the United Nations said Tuesday (February 11).
"In just 10 weeks, since 1 December, some 690,000 people have been displaced from their homes in Idlib and surrounding areas," a spokesman for the Office for the Coordination of Humanitarian Affairs said.
"This is, from our initial analysis, the largest number of people displaced in a single period since the Syrian crisis began almost nine years ago," David Swanson said.
The conflict in Syria has killed more than 500,000 people since it erupted following the brutal repression of popular demonstrations demanding regime change.
More than half of Syria's population had already been displaced by nine years.
Idlib province and its surroundings have been a dead end for many people previously displaced by Russian-backed regime operations against former opposition strongholds across the country.
Snowfall in some regions and sub-zero temperatures are raising fears of a major humanitarian catastrophe and prompting the United Nations to make an urgent appeal for shelter solutions.
"Existing camps and settlements of internally displaced persons are overcrowded, and shelter in existing houses is getting scarce," the UN refugee agency said Tuesday.
"Many schools and mosques are filled with displaced families, and even finding a place in an unfinished building has become close to impossible," it said.
According to UN figures, the Syrian conflict has caused the greatest displacement crisis in the world, with 5.5 fleeing the country to become refugees and more than six million others displaced within Syria.
The Syrian war is considered to have caused the biggest wave of displacement since World War II.
Based on AFP