Assad militiamen documented how they took revenge against the dead in the areas they recently controlled in Idlib countryside.

The video shows some Assad militiamen, excavating a grave in the cemetery and destroying its tombstone, confirming that they will continue excavating the graves and taking revenge against the dead.

Other militiamen were insulting the dead and their families, threatening civilians in Idlib with a similar fate.

An Assad militiaman, who calls himself "The Bald man", said that he returned to fulfill his promise to take revenge of the dead.

"They hate the dead… Can you imagine how they behave with civilians?" "These are real monsters. They are dangerous on humanity, activists on social media said.

In July 2018, Assad militiamen destroyed the tombstone of the child Hamza al-Khatib after they controlled al-Jiza town in Daraa countryside. 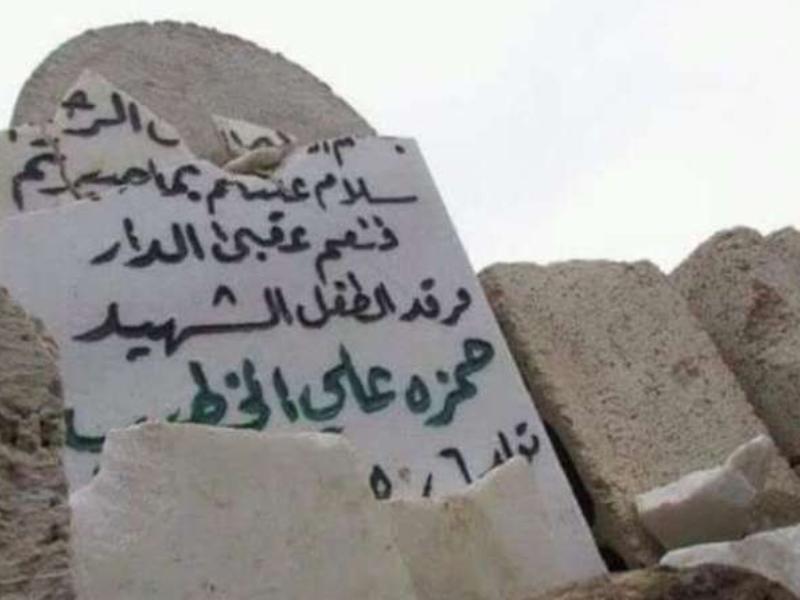 In July 2011, Ibrahim Qashoush was found dead with his vocal cords ripped off, as a revenge for ridiculing Bashar Assad.

Qashoush is a Syrian man who has been credited as the author of the protest anthem "Yalla Erhal Ya Bashar" which became a viral video popular in mid-2011 during the demonstrations in the city of Hama.

The report documents the deaths of 3,364 civilians in 2019, including 842 children and 486 women at the hands of the perpetrator parties to the conflict in Syria, including 234 in December.