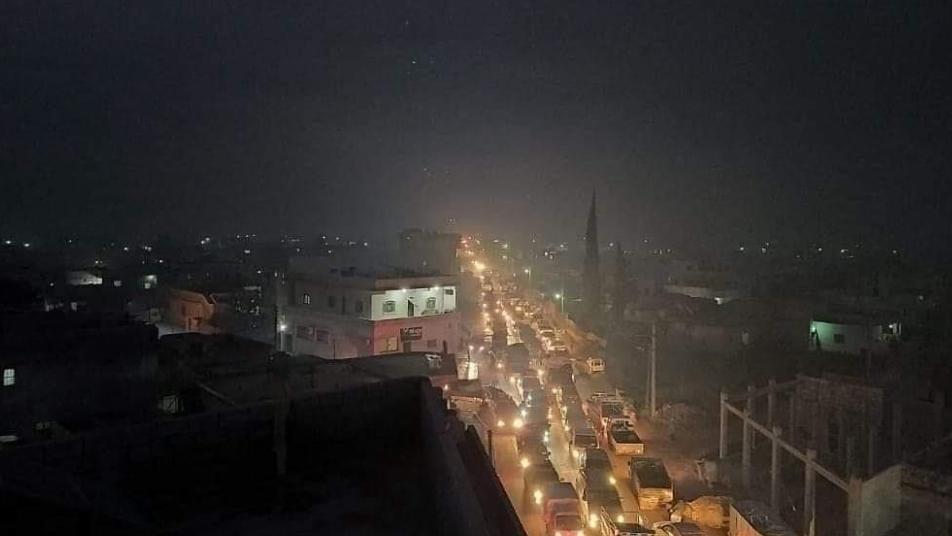 File Photo
__new_Underarticle_image_EN__
Orient Net
Air and ground strikes in the region of Idlib, northwest Syria, are causing “massive waves of civilian displacement and major loss of civilian life”, causing unacceptable human suffering which must stop now, Geir Pedersen, the UN Special Envoy for Syria, told the Security Council on Thursday (February 6).
Mark Lowcock, UN Humanitarian Affairs chief and Emergency Relief Coordinator also briefed the Council on what he described as the “humanitarian catastrophe” unfolding in Syria as a result of the military escalation.
Following Mr. Pedersen’s briefing, Mr. Lowcock updated the Council on the humanitarian situation, which has seen some 586,000 people displaced in the last two months, in an attempt to escape bombing and shelling.
The Office of the UN High Commissioner for Human Rights has now documented 373 civilians killed since December 1, and three humanitarian workers from organizations working closely with the UN.
The vast majority of people are continuing to move north and west, into the ever-smaller enclave controlled by non-Assad regime groups. These areas, continued the UN’s humanitarian chief, are becoming severely overcrowded, and many people are forced to camp on agricultural land with no infrastructure.
On Thursday, Russian warplanes and Assad artillery shells and rockets intensified bombardment on Idlib and Aleppo countryside, killing at least 15 civilians and injuring others.
Health care is being severely impacted by the fighting: 53 medical facilities have stopped operations, including two which were attacked in southeast Idlib, killing 10 people and injuring 30 others. With the enforced closure of immunization centres, the risk of new disease outbreak is growing.
‘What we have been warning you about is happening’
The UN has released a new Humanitarian Readiness and Response Plan for northwest Syria, with a call for an additional $336 million for the next six months to address the massive displacement since 1 December. The biggest need, said Mr, Lowcock, is for shelter and protection against the harsh winter conditions: tents, plastic sheeting, stoves, warm clothes, and fuel.
__new_in_first_article1__
‘What we have been warning you about is happening’, said Mr. Lowcock, referring to warnings of a severe and deteriorating humanitarian situation in previous briefings.
“We have seen chaotic pictures in town after town as vehicles line up in every direction trying to flee. People who have just moved cannot find adequate shelter. Tens of thousands are crammed into schools, mosques and unfinished buildings. Many are in tents in the mud, exposed to wind, rain and freezing weather”, said Mr. Lowcock.
The CERF funds will help provide shelter and other essential relief items in the harsh winter.
With international cooperation, a solution can be found
Mr. Pedersen outlined the scale of the military operations in the region, which include airstrikes, and a ground offensive in the Idlib de-escalation zone, by the Assad regime.
Despite UN pleas for all parties to end hostilities, hundreds of civilians have been killed in the last two months, with more than half a million displaced, and ordinary people feel dismayed and abandoned, said the UN envoy.
There is no military solution to the Idlib conflict, warned Mr. Pedersen, which risks developing into a “bloody and protracted last stand on the Turkish border, with grave consequences for civilians.”
He reminded the 15 Council members that they had unanimously agreed on resolution 2245, which stipulated “a nationwide ceasefire alongside a cooperative approach to combatting terrorism, and for full respect of Syria’s sovereignty and a credible and inclusive UN-facilitated political process”.
The humanitarian chief concluded by echoing Mr. Pedersen’s appeal for an immediate end to hostilities, and for a serious international effort to cooperate on Idlib.