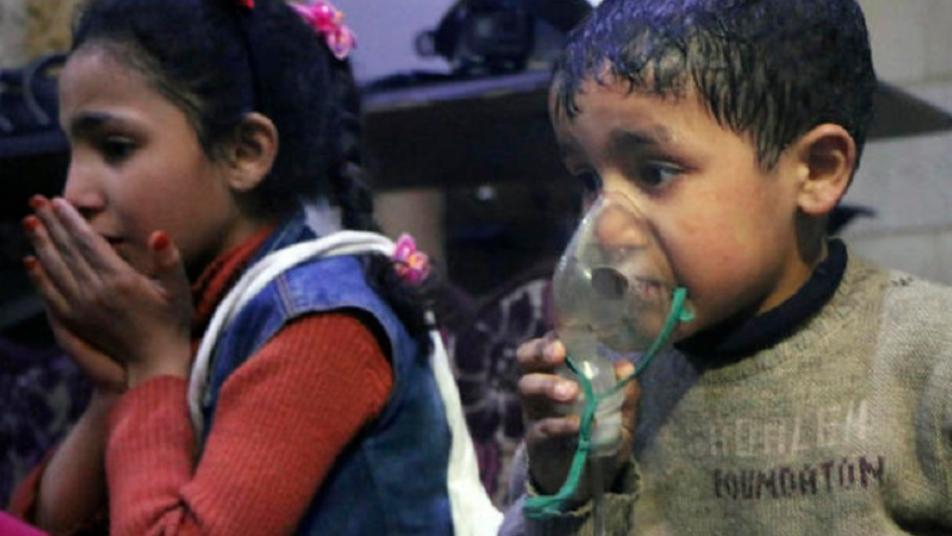 A Syrian child receiving oxygen through a respirator following an alleged poison gas attack in the opposition-held town of Douma, near Damascus, Syria. SYRIAN CIVIL DEFENSE WHITE HELMETS/AP
An investigation commissioned by the global chemical weapons watchdog has found that two former employees leaked confidential information, it said on Thursday (February 6), a breach which fueled a Russian-backed theory that a deadly attack in Syria was staged.
More than 40 people were killed on April 7, 2018, in the town of Douma on the outskirts of Damascus that was then held by Syrian opposition forces.
The attack triggered missile strikes by the United States, Britain and France a week later against Assad regime targets, the biggest Western military action against the Damascus authorities during the nine-year-old war.
Douma has been the source of deep division among member countries of the Organization for the Prohibition of Chemical Weapons (OPCW), with Western powers and Russia locked in political wrangling.
The “deliberate and premeditated breaches of confidentiality ... are considered to be serious,” said an OPCW statement setting out the results of the investigation, which it said was carried out by “independent, professional investigators, from outside the organization”.
The OPCW did not name the two individuals.
The two, hailed as whistle-blowers by Russian and Assad supporters, declined to take part in the OPCW-commissioned inquiry, the agency said. The study was based on interviews with 29 witnesses between July 2019 and February 2020.
__new_in_first_article1__
Amid months of criticism, the OPCW has consistently stood by its findings in a March 1, 2019, report that a banned toxic chemical containing chlorine was likely used in Douma.
The Fact-Finding Mission that produced the 2019 report had not been mandated to identify perpetrators, which is the task of an ongoing study by a newly-formed OPCW team.
The OPCW asked outside experts to investigate how a document written by a former weapons inspector ended up on several websites last May. The inspector, who helped the OPCW team collect samples on a visit to Douma, wrote that two cylinders found at the scene were most likely placed there rather than being dropped from the air.
OPCW chief Fernando Arias told OPCW states in comments published on Thursday that the two individuals are “not whistle-blowers. They are individuals who could not accept that their views were not backed by evidence.”
Arias added that most of the analytical work on Douma took place after they had already left the agency.
A joint United Nations-OPCW mission has concluded in a series of reports that Assad regime used banned sarin nerve gas and chlorine in the war.
Based on Reuters
قيم هذا المقال