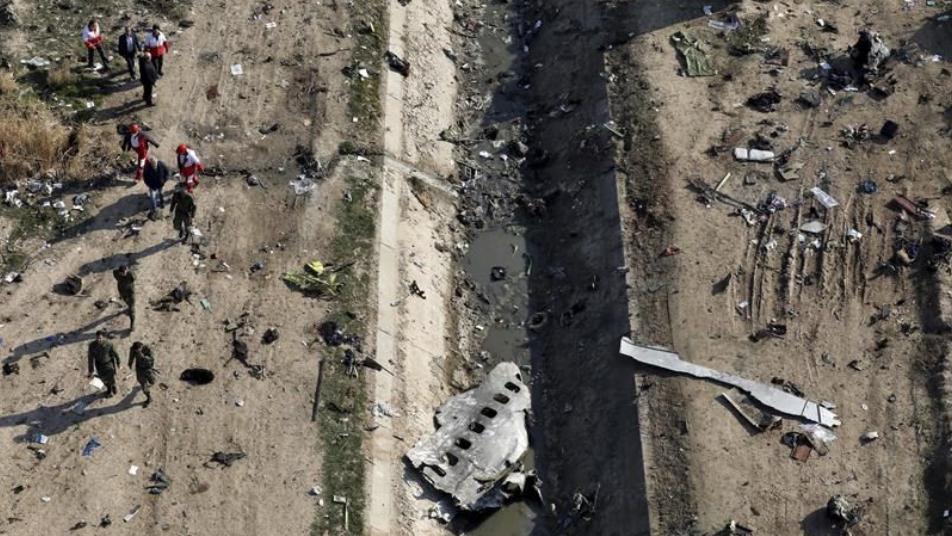 File Photo
Orient Net
Canada pressed Iranian regime on Wednesday (February 5) to send the black boxes from a crashed airliner immediately to France where the data can be analyzed, the Canadian foreign ministry said in a statement.
Canadian Foreign Minister Francois-Philippe Champagne on Wednesday (February 5) said he called for a "thorough, credible, and transparent investigation" in a call with Iranian regime’s counterpart Mohammad Javad Zarif.
After initially denying it had anything to do with the January 8 crash of the airliner, Iranian regime finally admitted responsibility for mistakenly shooting down the Ukraine International Airlines Boeing 737, killing all 176 people on board.
Canada has said that 57 of the victims were Canadian citizens and 29 were permanent residents returning to the country.
On February 4, Iran's Civil Aviation Organization said it would continue to work with other countries investigating the downing of the passenger plane, but it has not released the black boxes.
Champagne said the preferred option for analyzing the black-box data was "for Iran to make use of the facilities offered by France with the technical capacity to do this work."
The Canadian prime minister, Justin Trudeau, has said the black boxes were damaged and that France was one of the few countries able to analyze the data.
Champagne said he also raised the matter of compensation for families of the 57 Canadians who were killed in the tragedy.
Based on RFE, Reuters and dpa