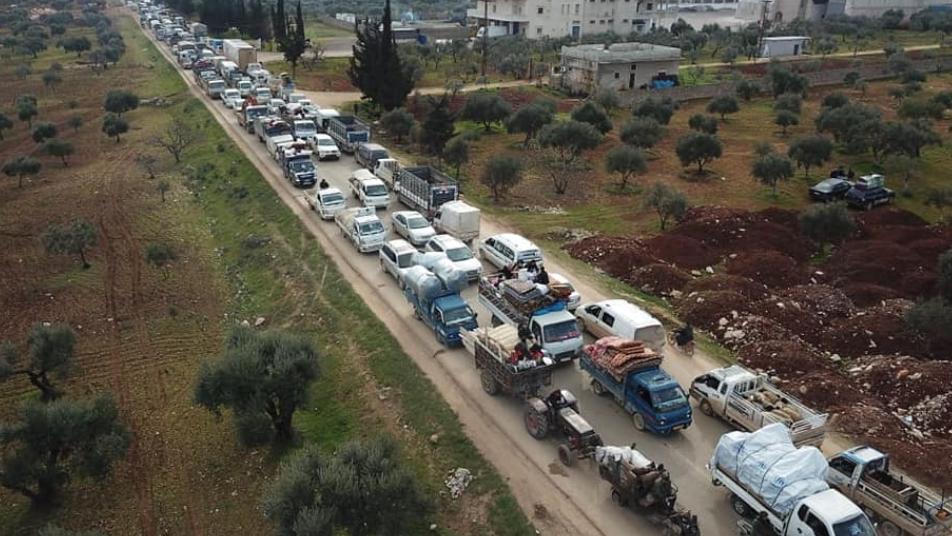 Orient Net
Russian-Assad offensive against opposition-held areas in Syria has displaced more than half a million people in two months, the United Nations said Tuesday (February 4).
"Since 1 December, some 520,000 people have been displaced from their homes, the vast majority -- 80 percent -- of them women and children," David Swanson, spokesman for the UN Office for the Coordination of Humanitarian Affairs, said.
On Monday, Russian warplanes killed 12 civilians, including six children and four women and injured other civilians, including children and women in Aleppo countryside.
UNICEF said Saturday that violence this week forced 6,500 children to flee daily, bringing the total number of displaced children in northwest Syria to more than 300,000 since early December.
The wave of displacement, which coincides with a biting winter, is one of the largest since the start of the Syrian war nearly nine years ago.
"This latest displacement compounds an already dire humanitarian situation on the ground, when over 400,000 people were displaced from the end of April through the end of August, many of them multiple times," Swanson said.
He said the UN was alarmed by the plight of more than three million people -- half of them displaced from their homes -- who live in Idlib province and surrounding areas.
Based on AFP