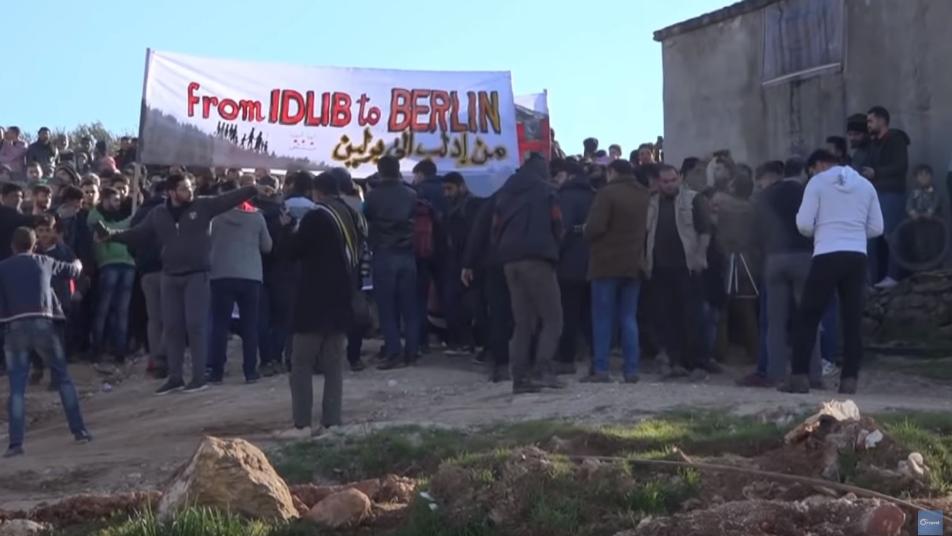 Orient Net
Hundreds of Syrian demonstrators marched towards Syrian-Turkish border on Sunday (February 2), demanding the opening of safe crossings for civilians in the city of Idlib.
Under the title: From Idlib to Berlin, the demonstrators wanted to deliver a number of messages to the Turkish guarantor to assume their responsibilities towards the opposition-held areas.
Hundreds of Syrian men, women and children marched towards the frontier demanding to be allowed through in a symbolic protest.
Near the Syrian border town of Harem, women lugged bags and men carried small children towards the razor-wired wall blocking the way to Turkey.
"From Idlib to Berlin," read one banner, referring to the German capital many Syrians dream of reaching as they escape the war. 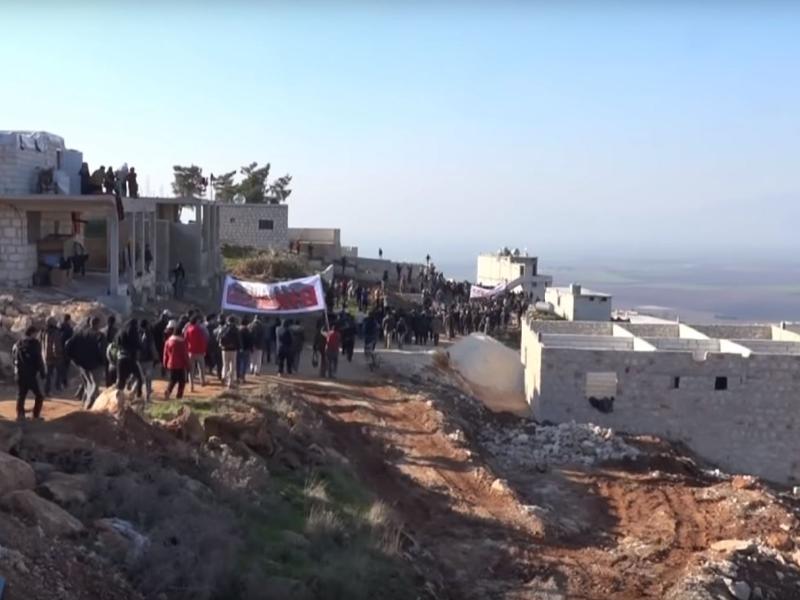 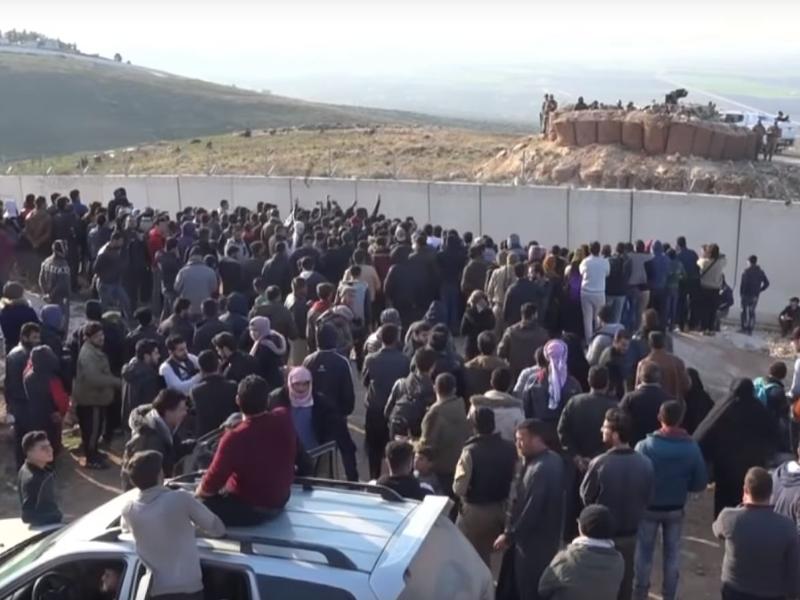 Among the demonstrators, Mohammed said he was looking to a better alternative for his family of nine after fleeing his hometown.
"Our goal is to go and live in a safe country -- Turkey or Europe," he told AFP. "Here it's no longer safe."
Increased Assad-Russian bombardment since early December has forced around 388,000 people to escape their homes in northwestern Syria, the United Nations says.

From Idlib to Berlin