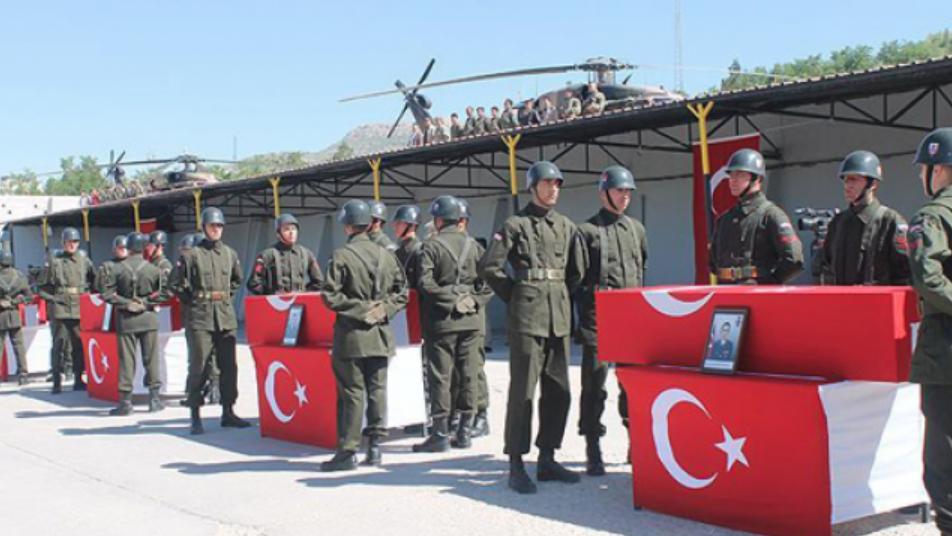 File Photo
__new_Underarticle_image_EN__
Orient Net
Four Turkish soldiers were killed and nine were wounded by Assad regime shelling west of Saraqib, in Syria's Idlib. The Turkish military retaliated against an attack by the Assad regime forces, in Syria's northwestern Idlib province, reports said Monday (February 3).
The military destroyed targets in the area, the ministry said in a statement.
It said Turkish forces retaliated against the attack and destroyed targets in the Idlib region. It added that the Assad militias carried out the shelling despite being notified of the positions of the Turkish forces beforehand.
The Turkish military had established a third observation point on Saturday, gaining control over the roads near the Syrian town of Saraqib in the Idlib countryside.
__new_in_first_article1__
In a statement, Presidential Spokesman Ibrahim Kalın condemned the attack, saying that Turkey has given the necessary response to the attack, which violates the Idlib agreement.
Presidential Communications Director Altun also said Turkey will bring perpetrators of the "cowardly attack" to account.
On Sunday, Russian warplanes and Assad helicopters bombed civilian homes in Idlib and Aleppo countryside, killing 16 civilians, including four children and five women and injuring 23 others, including six children and four women.
On Wednesday midnight Russian warplanes bombed al-Shami Hospital, a bakery and civilian homes in the city of Ariha in Idlib countryside, killing 13 civilians, including five children and six women and injuring 68 others, including 13 children and 15 women.
In June, One Turkish soldier was killed and three were wounded when their observation post in Syria's Idlib region was attacked by Assad shelling and mortar fire.