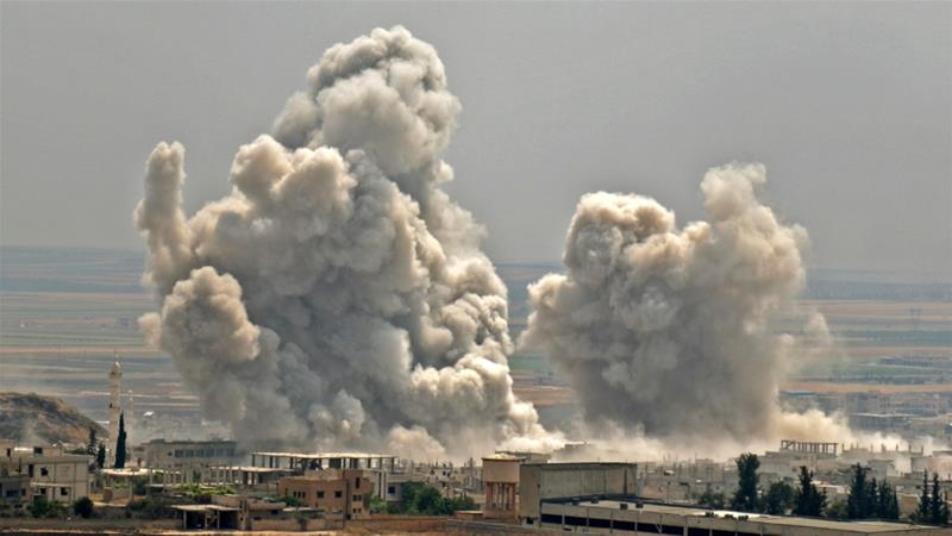 File Photo: Anas AL-dyab/AFP
Orient Net
Russian warplanes and Assad helicopters intensified bombardment on the demilitarized zone (DMZ) of Idlib countryside on Sunday (February 2), killing and injuring civilians, Orient correspondent said.
The helicopters dropped barrel bombs on Sarmin town, killing eight civilians, seven from the same family, including four children and three women and injuring three others.
White Helmets volunteers worked hard to rescue civilians from under the rubble of destroyed buildings in the aftermath of the airstrikes.
The Assad regime and Russia continue their scorched earth policy against civilians and civilians, according to Orient correspondent.
On Wednesday midnight Russian warplanes bombed al-Shami Hospital, a bakery and civilian homes in the city of Ariha in Idlib countryside, killing 13 civilians, including a doctor, four children and six women and injuring 68 others, including 13 children and 15 women.
The Syrian Network for Human Rights SNHR documented in its report released on (January 1) 43 massacres committed by Assad regime's militias and 22 massacres committed by Russian forces in 2019.
The report documented the deaths of 3,364 civilians in 2019, including 842 children and 486 women at the hands of the perpetrator parties to the conflict in Syria, including 234 in December.