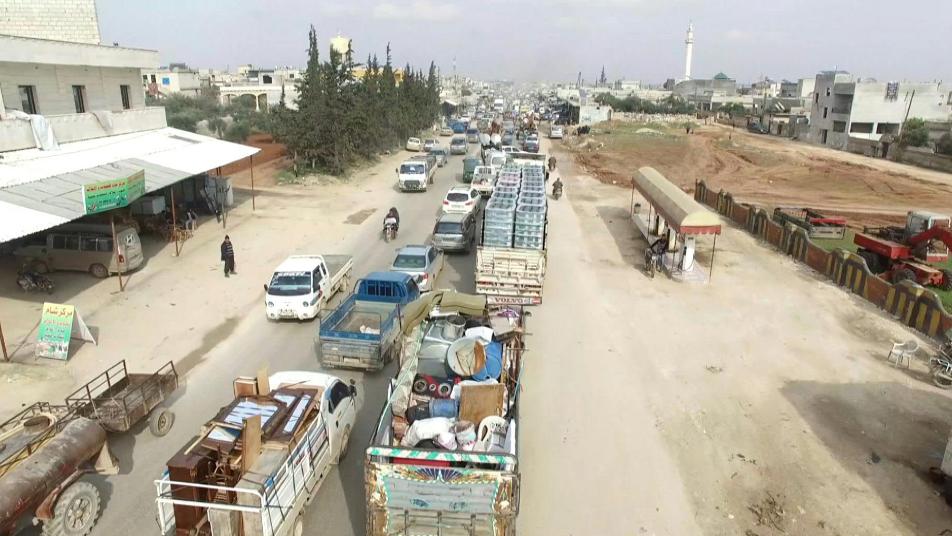 Abdulaziz KETAZ / AFP Photo
Orient Net
UN Secretary-General Antonio Guterres on Saturday (January 1) called for an end to fighting in northwestern Syria, where hundreds of combatants reportedly died this week as Assad regime militias attacked opposition-held areas.
"The Secretary-General is deeply concerned by the ongoing military escalation in northwest Syria and calls for an immediate cessation of hostilities," his spokesman said.
"He reaffirms that attacks on civilians and civilian infrastructure, including on healthcare and educational facilities, are unacceptable."
UNICEF said Saturday that violence this week forced 6,500 children to flee daily, bringing the total number of displaced children in northwest Syria to more than 300,000 since early December.
On Wednesday midnight Russian warplanes bombed al-Shami Hospital, a bakery and civilian homes in the city of Ariha in Idlib countryside, killing 13 civilians, including a doctor, four children and six women and injuring 68 others, including 13 children and 15 women.
UN Humanitarian Coordinator Mark Lowcock told the Security Council on Wednesday that the fighting in Idlib appeared “more intense than anything we have seen in the last year”.
He reported that humanitarian organizations have provided food to more than 1.4 million civilians as well as health supplies to treat nearly 200,000.
Assad-Russian warplanes have committed dozens of massacres in Idlib and Hama countryside since they launched their bombing campaign on the 30th of April, largely violating the de-escalation zone deal reached between Russia and Turkey.