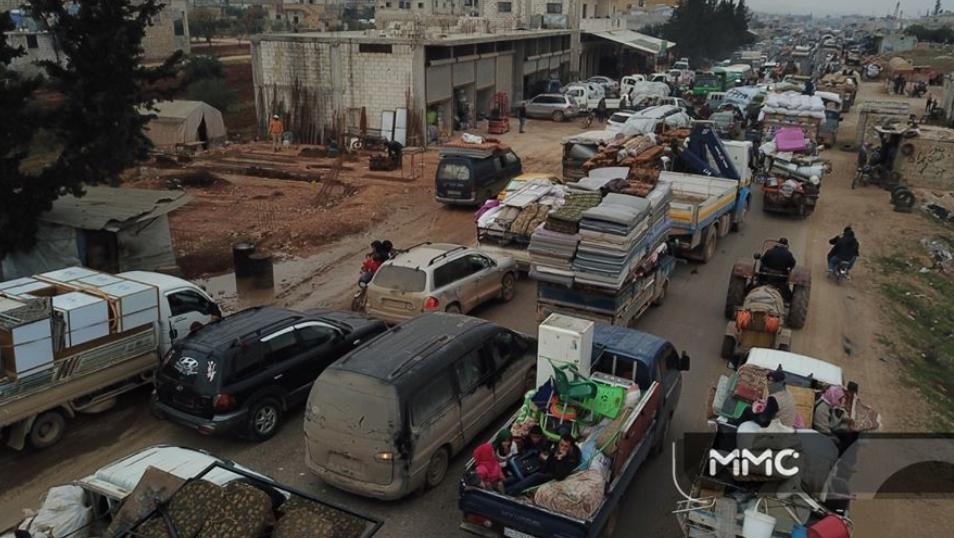 __new_in_first_article1__
Many IDPs had been searching for a place for four days, they said camps were full and that they had to pay to stay in other places.
In Idlib, many families were forced to flee multiple times after arriving at places they had thought were safe but airstrikes and the shelling by the Assad militias supported by their ally Russia, forced them to flee again.
Some of them could not afford to buy tents. They put their belongings on the ground as they gathered around on plastic mats in the cold weather.
According to the UN Humanitarian Affairs and Emergency Relief Coordinator, at least 20,000 people were displaced in the last two days, while 115,000 had left their homes in the past week, bringing the total of those uprooted by the violence since December to 390,000.
قيم هذا المقال