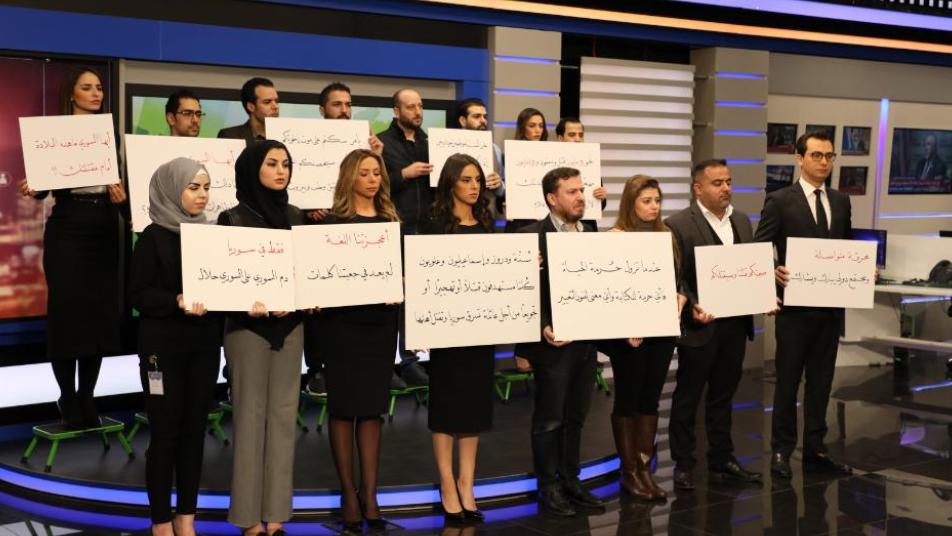 Orient Net
Syrian Orient TV, owned by businessman Ghassan Aboud, announced that it had suspended broadcasting for 24 hours, protesting against "the continuous massacres against the Syrian people and the international silence over the crimes of Russia, Iranian regime and the Assad regime militias."
Orient TV presenter Ahmed Rehawi appeared during the news bulletin at 2 p.m. Damascus time to announce that there is nothing to say regarding these massacres…and that the TV administration decided to stop broadcasting for 24 hours to send a protest message to everyone, including the silent Syrians regarding these massacres .
A group of media workers at Orient TV raised several placards during their silent vigil inside the news studio, expressing the difficulty of finding words to express what is happening.
"We are fed up to say... Silence too belongs to our language of consolation,” One of the placards said.
__new_in_first_article1__
Other placards condemned the international silence and warned the Syrians not to remain silent, noting that the killing does not exclude any component of the Syrian people and that the goal is to preserve "a family that steals Syria and kills Syrian people" in reference to the Assad family that has ruled Syria since the arrival of Hafez Assad who came to power in a military coup in 1970, and then Bashar inherited power from his father in 2000.
The silent vigil of Orient media workers was followed by suspending broadcasting on Orient TV for 24 hours, where a black screen appeared saying: “To protest against the continuous crimes of Russia, Iranian regime, and the Assad sectarian militias in Syria with the complicity of the international community and the silence of the Syrians themselves before others, Orient TV suspends broadcasting for 24 hours.”
It is noteworthy that Orient TV started broadcasting on February the 2nd ,2009 and has been famous for its Syrian identity. It has kept pace with the protests that erupted against the rule of Bashar Assad since the very beginning in March 2011 and was the voice of The Syrian people and continued to report without interruption and that it is the first time that it has suspended broadcasting. 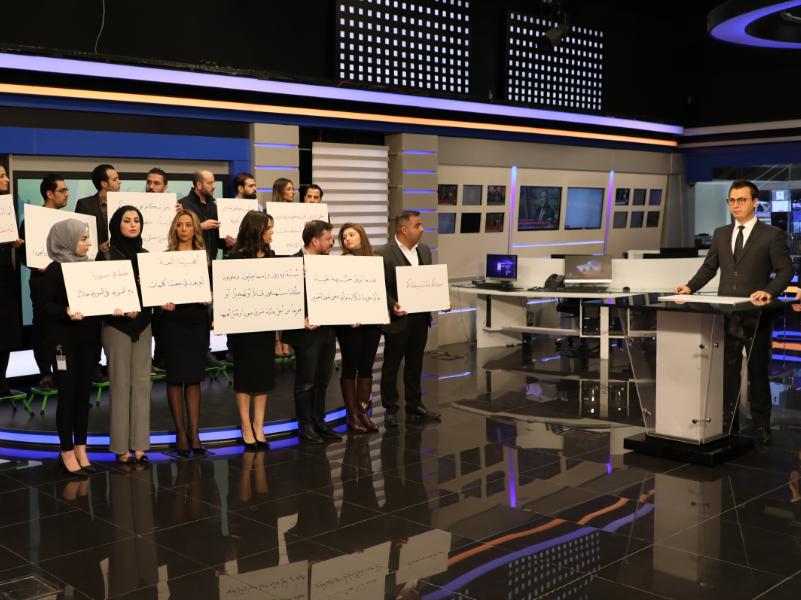 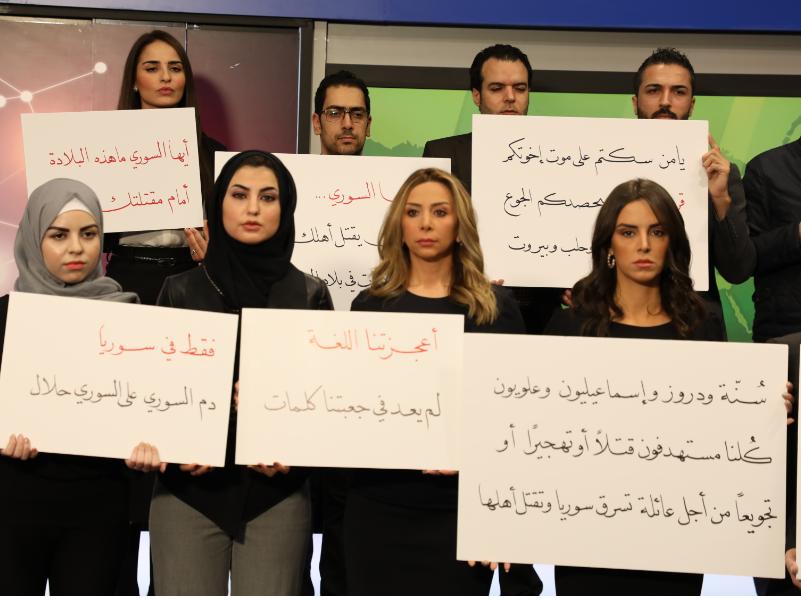