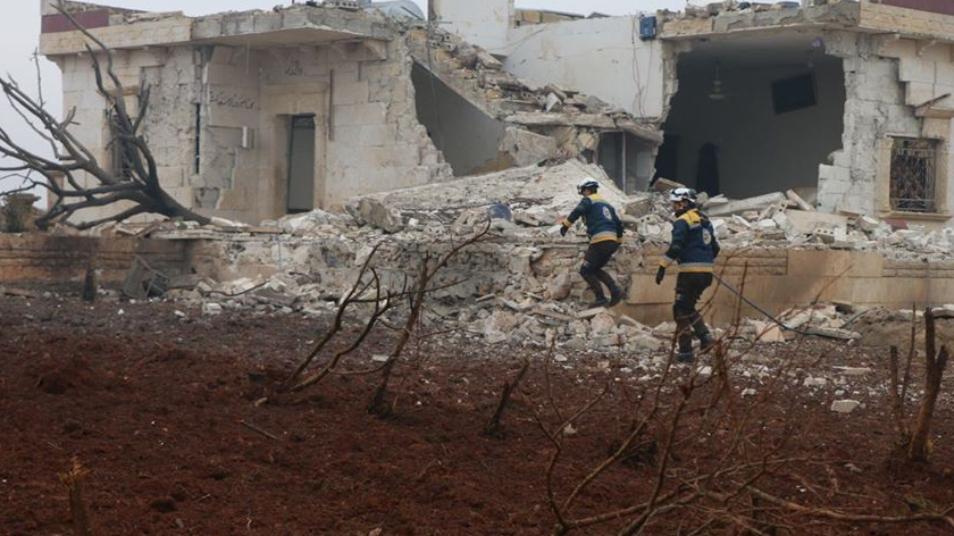 Orient Net
Civilians were killed or wounded by the bombing of the Russian occupation's and Assad militia's warplanes in the western countryside of Aleppo.
Orient correspondent confirmed on Monday (January 20) that 5 civilians were killed and many others were injured in the towns of Kafr Taal and Kafr Jom in the west of Aleppo.
Three civilians were killed in the town of Kafr Taal and two others in the town of Kafr Jom.
The death tell is expected to rise as there are critical injuries.
Assad and Russian militiamen have launched an offensive on the western and southern countryside of Aleppo, which is located in the de-escalation zone in northern Syria for seven days now.