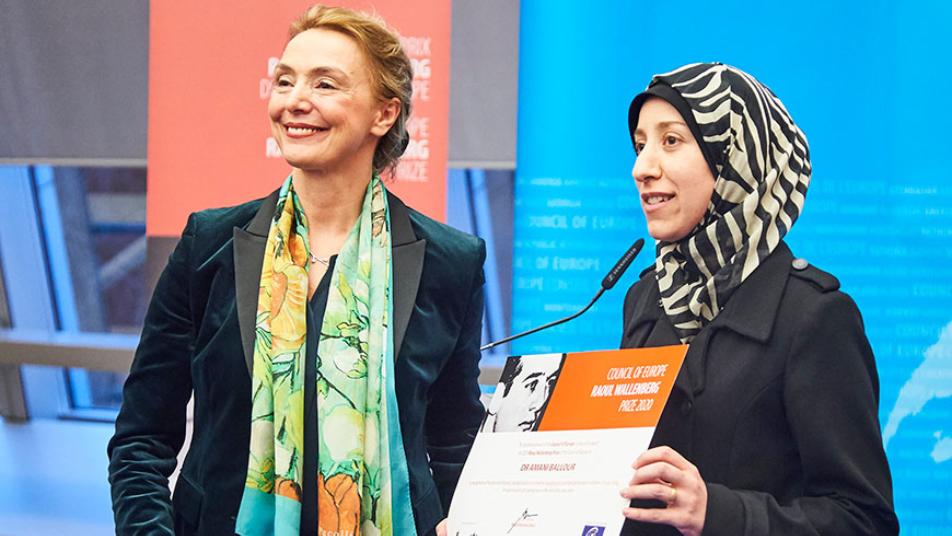 Syrian doctor wins European award for saving children in underground hospital
__new_Underarticle_image_EN__
Orient Net
On the January 15, the Council of Europe announced that the 2020 Raoul Wallenberg Prize will be awarded to Amani Ballour, a Syrian doctor, for the major role she played in saving hundreds of civilians who had been injured as a result the conflict in Syria at an underground hospital that she ran in Eastern Ghouta between 2012 and 2018.
In a press conference, the Secretary-General of the Council of Europe, Marija Pejčinović Burić, said, “Dr. Amani Ballour is a shining example of the empathy, virtue, and honor that can flourish even in the worst circumstances”, adding that the hospital that Dr. Ballour had established “became a beacon of hope and safety for many besieged civilians. There, Dr. Ballour risked her own safety and security to help those in the greatest need. She and others acted day after day to save the lives of so many people, including children suffering from the effects of chemical weapons”. 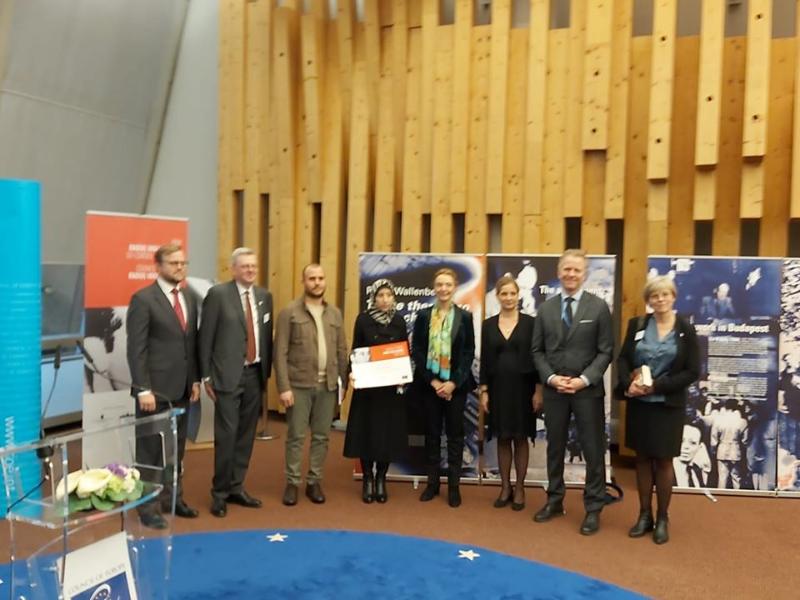 For me to be here today is an incredible honor and a testimony that innocent Syrian people must not, AND are not, being forgotten. Dr. Amani wrote on Facebook.
Dr. Ballour was 30 years old when she graduated with a medical degree from Damascus University in mid-2012. She had planned on specializing in pediatrics, but the uprising against the regime changed that; she decided to become a field doctor instead.
She told Asharq Al-Awsat about joining the groups of field doctors after the opposition movement was militarized. She says that she remembered the details “as though they had just happened” and that she would remember the events of the 12th of December 2012, for the rest of her life. “It was the first day that I worked as a field doctor. At the time, I was working in the Tuberculosis Hospital in my hometown, Kafr Batna”, she says. There, she worked as a doctor and assistant surgeon throughout the period during which the siege was imposed on her hometown. Due to her dedication and success, she became the director of the hospital leading a team of 100 doctors, nurses, and volunteers after only four years.
“Because of my experience and my ability to bear the great burden of this responsibility, I managed to implement measures to meet all the daily challenges that we faced,” she says.
__new_in_first_article1__
Dr. Ballour remembers the 16th of March, 2018, well. On that day, the Assad regime and the Russian Air Force committed a massacre killing 70 people and injuring hundreds as airstrikes hit civilians as they were trying to escape the neighboring town of Joumria. 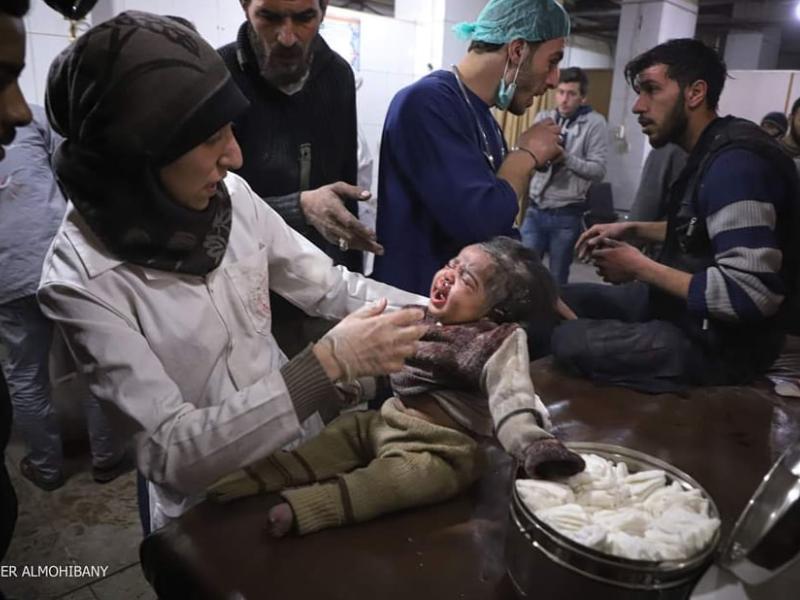 “It was very difficult to transport the wounded to field hospitals as a result of the persistence of heavy shelling. Scorched corpses were difficult to identify”.
That day, about 200 injured people, among them critically injured, were transferred to the hospital run by Dr. Ballour. “The rooms, entrances, and corridors were extremely crowded. We were unable to triage each case and many people died in front of our eyes. I cannot forget their faces”.
Dr. Ballour plays the lead in the movie The Cave, which documents the daily lives of five female doctors who worked in underground hospitals, including Dr. Ballour. The film is directed by Firas Fayad. The movie is nominated for an Academy Award and won the 2019 Toronto International Film Festival’s Audience Award for Best Documentary.
On March 24, 2018, the first batch of civilians and fighters left the opposition-held areas south of eastern Ghouta and fled to northern Idlib. Dr. Ballour was among them. She now lives in Istanbul and hopes to fulfill her dream of becoming a pediatrician.
Based on Asharq Al-Awsat