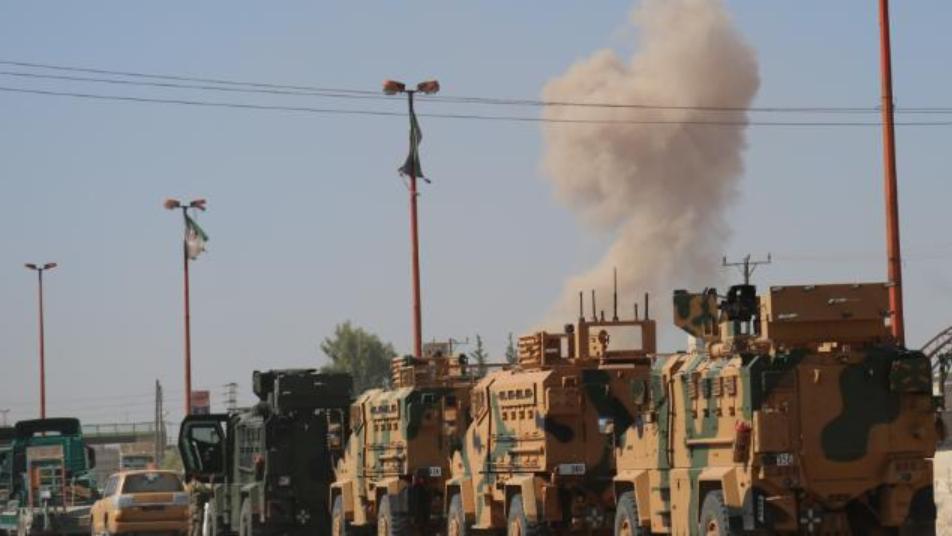 A Turkish military convoy is seen in Syria's Idlib (File Photo)
Orient Net
Turkey will remain in Syria and could even move further into the country until calm for can be provided for the country's southern border and its brothers living there, President Recep Tayyip Erdogan said Saturday (January 18).
Speaking at an inauguration ceremony in Istanbul, Erdogan said Turkey now considers the security of its southern border not merely in border provinces of Mardin, Sanlıurfa, Gaziantep, or Hatay but further afield.
“We are determined to use all means of politics, diplomacy and military power in issues concerning Syria, the Mediterranean and Libya," Erdogan said.
The president also slammed main opposition Republican People's Party (CHP) Chairman Kemal Kılıcdaroglu for criticizing the government's Syria and Libya policy, accusing Kılıcdaroglu of "courting" Bashar Assad.
The CHP has repeatedly called on the government to re-establish ties with the Assad regime and launch diplomatic efforts, saying under current circumstances in Syria, it is the only way to bring peace and allow for millions of Syrian refugees.
Based on DS