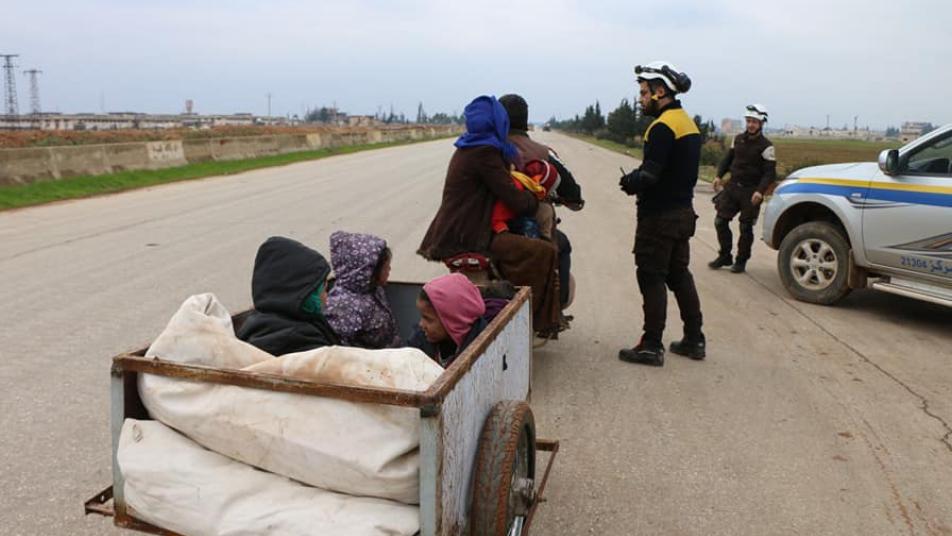 White Helmets Photo
Orient Net
Tens of thousands of civilians fled their homes in the western and southern countryside of Aleppo province due to attacks by the Assad regime and Russia, Orient correspondent said.
Russian warplanes launched on the early hours of Saturday several airstrikes on a temporary housing of displaced persons near Darat Izza town in Aleppo countryside, killing two parents and their son and daughter.
The Free Education Directorate suspended the educational activities in all the schools in ALeppo countryside for two days (Saturday and Sunday) to save the lives of students after the severe bombardment on Friday.
On Friday, Russian warplanes launched several airstrikes on a temporary housing of displaced persons in Awejel village in Aleppo countryside, killing a boy and a girl and injuring four others, including three women.
The warplanes also bombed several villages and towns in Aleppo countryside, causing substantial material damage and massive displacement of the population. 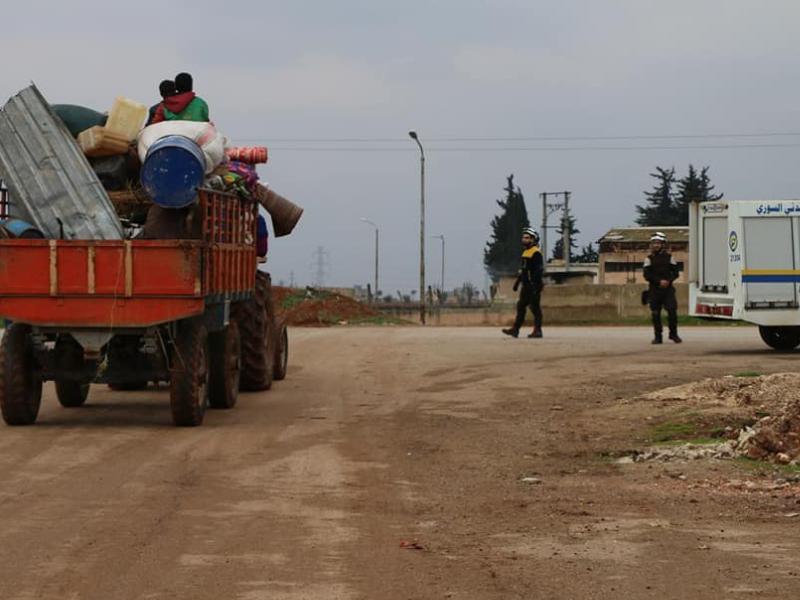 The displaced civilians headed to areas near the Turkish border due to the attacks that have been underway for two days which forced a total of 12,884 civilians to leave their homes, according to Syria's Response Coordination Group.
The civilians left their homes in Khan al-Asal, Kafr Naha and Ain Jara due to Russian airstrikes.
"I lived in the village of Khan al-Asal in the western countryside of Aleppo. We are fleeing attacks. But I do not know where to go. Probably we will go to the Dana region of Idlib," Civilian Ahmed Ali told Anadolu Agency.
Abdul-Razzak Rahhal said: "Due to intense attacks I left our village with my family of 19 people to Khan al-Asal because it was relatively stable. But now they are targeting Khan al-Asal. We are leaving it and don't know where to go," he said.
The Syrian Network for Human Rights SNHR documented in its report released on (January 1) 43 massacres committed by Assad regime's militias and 22 massacres committed by Russian forces in 2019.