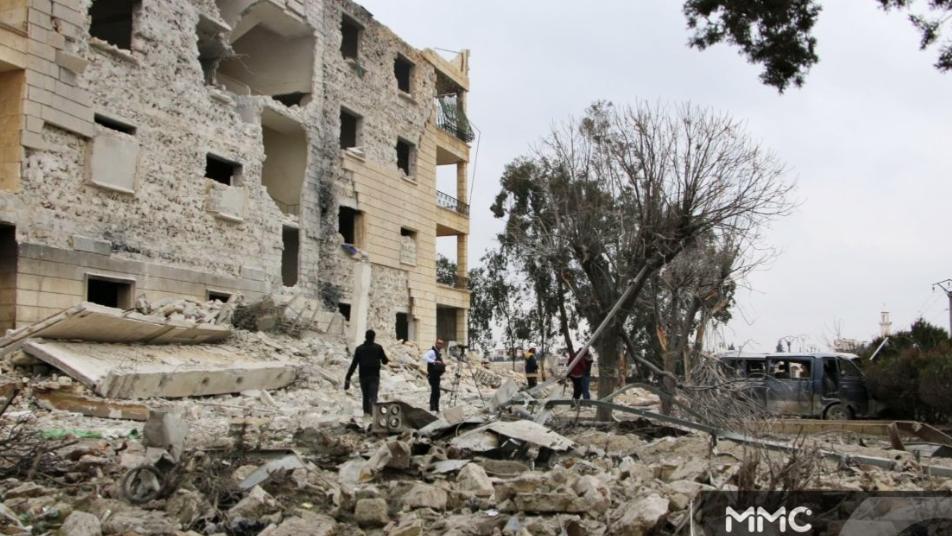 United Nations human rights chief Michelle Bachelet called on Friday (January 17) for an immediate cessation of hostilities in Idlib, saying that the latest Syrian ceasefire had “yet again failed to protect civilians”.
“It is deeply distressing that civilians are still being killed on a daily basis in missile strikes from both the air and ground,” Bachelet said in a statement on the ceasefire, which was due to be implemented nearly a week ago.
Russian warplanes launched several airstrikes on a temporary housing of displaced persons in Awejel village in Aleppo countryside, killing a boy and a girl and injuring four others, including children.
__new_in_first_article1__
On Monday, Assad warplanes and helicopters intensified bombardment on Idlib, killing 21 civilians, including three children and injuring 82 others, including 19 children, violating a ceasefire announced by Russia and Turkish Defense Ministry on the 9th and 12th of January.
Around 350,000 Syrians, mostly women and children, have fled a renewed Russian-backed offensive in the opposition-held Idlib province since early December, and have sought shelter in border areas near Turkey, the United Nations said on Thursday.
Based on Reuters
قيم هذا المقال 29 0