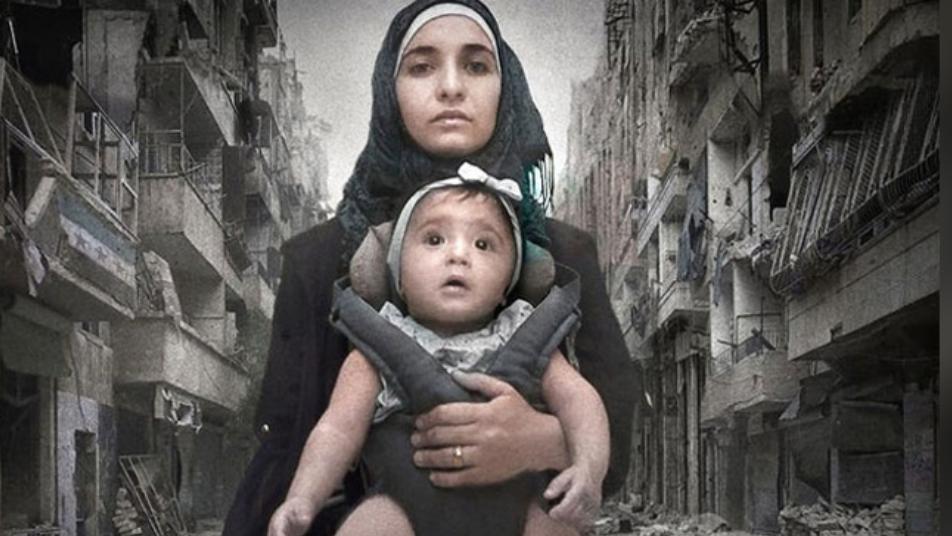 'For Sama' directors hope Oscar nod will shine spotlight on Syria
Filmmakers Waad al-Kateab and Edward Watts are hoping the Oscar nomination for their documentary “For Sama” will remind people of the plight of Syrians affected by the country’s nearly nine-year-old war.
“For Sama” was nominated in the best documentary field on Monday after getting four British BAFTA nods and a prize at the Cannes Film Festival.
“About three years ago I was in that place where I didn’t know if I would be alive or not and now I’m under all the light, just trying to tell the story,” al-Kateab told Reuters in London on Tuesday.
“I hope this is a big opportunity to shine a brighter light on the things that sadly continue to happen in Idlib and I also hope that the people of Syria will receive some hope from the success of ‘For Sama’,” she said.
The film is al-Kateab’s love letter to her daughter Sama. Narrated by al-Kateab, it was crafted out of more than 500 hours of footage she filmed over five years, starting as an 18-year-old student in Aleppo witnessing the start of the uprising.
The documentary chronicles events in al-Kateab’s personal life - falling in love with her friend, doctor Hamza, their wedding, and the birth of Sama - while the conflict rages around them.
She started filming on a mobile phone and gradually moved onto more professional equipment, while occasionally reporting for British television from Aleppo.
__new_in_first_article1__
The film includes life at her husband’s hospital - the only one left in the city - and families such as hers who chose to stay in the besieged city.
Al-Kateab, then pregnant with her second daughter, Taima, and her family were eventually forced to leave Syria for Turkey and later London, where she joined forces with Watts to turn the hundreds of hours of video into a film.
The first edit was too hard-hitting, the filmmakers said, and needed toning down.
“It was a big responsibility to tell the world that this is still happening and we can’t let that happen again and again and again. Unfortunately, as we’re speaking now, this is still happening,” al-Kateab said.
The Academy Awards will be handed out on Feb. 9 in Hollywood. If al-Kateab has her way, now 4-year-old Sama will be there with her to share her story.
“She’s very tall now, she speaks a lot. She is normal like any other child... I hope she will be with me in the trip to Hollywood,” she said.
Based on Reuters
قيم هذا المقال