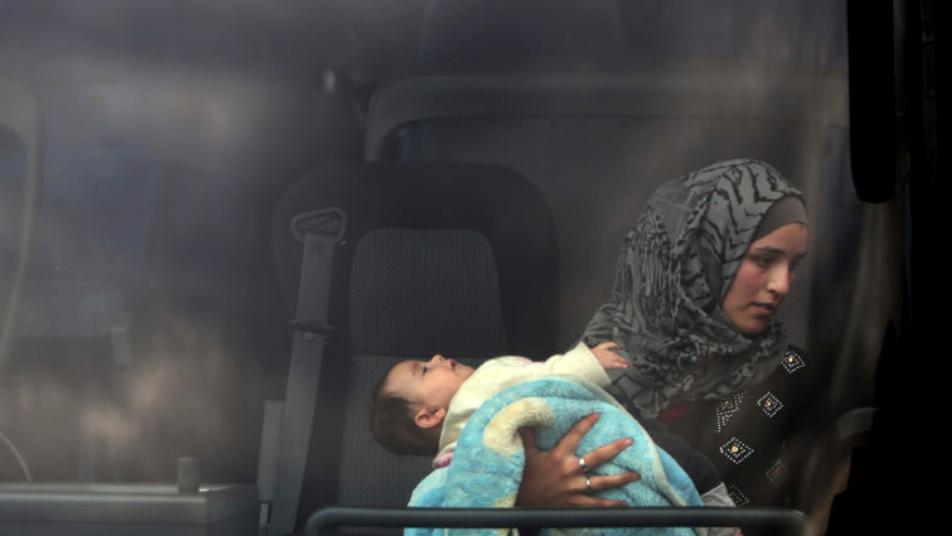 A migrant mother holds her baby aboard a bus after being rescued from a vessel off the Mediterranean island nation’s southeastern coast, in Protaras, Cyprus, Tuesday, Jan. 14, 2020. (AP Photo/Petros Karadjias)
Orient Net
Cyprus brought a boat carrying 101 Syrians to shore on Tuesday (January 14), after it was spotted off Cape Greco.
The boat containing six children, an infant, 88 men and six women was escorted to the Protaras fishing harbour in the afternoon.
A rescue operation was launched in the morning after information was received that the boat was spotted some 20 nautical miles off Cape Greco.
A police vessel located the boat and brought it to Protaras at around 2pm.
According to police, the boat arrived from Turkey. Reports said that nine of the Syrians have been to Cyprus before.
Authorities recorded all their details before they are taken to the temporary reception centre in Kokkinotrimithia. 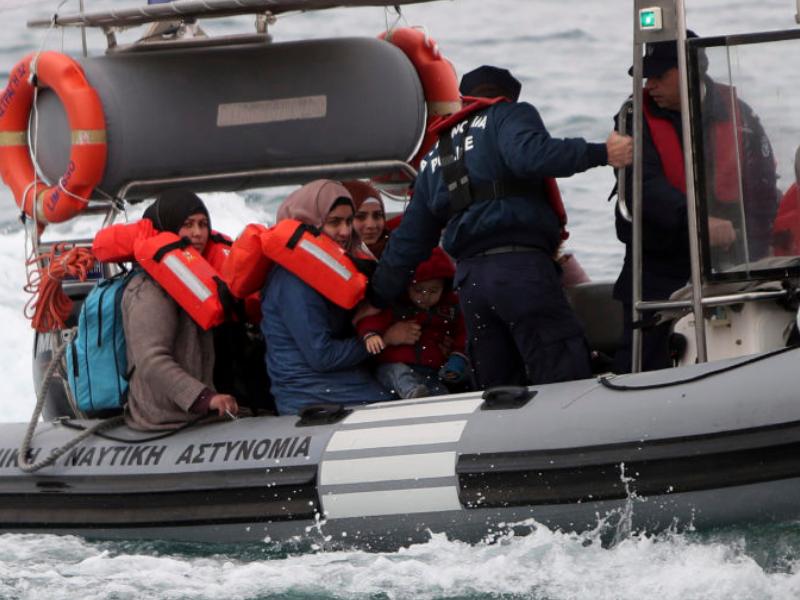 In the meantime, authorities were put on standby for the possible arrival of a second boat, this time in the Tylliria area after the police radar in Kato Pyrgos showed a vessel moving towards the Kokkina enclave. In the afternoon, police confirmed the boat was spotted, but that it had started moving towards the north.
Cyprus has seen a persistent increase in arrivals of undocumented migrants and refugees in the past 18 months as other routes have become more difficult to cross.
Many are refugees from Syria, but there has also been an increase in arrivals of people fleeing upheaval in Cameroon via Northern Cyprus.
Based on Cyprus Mail