Civilian dies of wounds sustained in Saturday’s massacres in Idlib 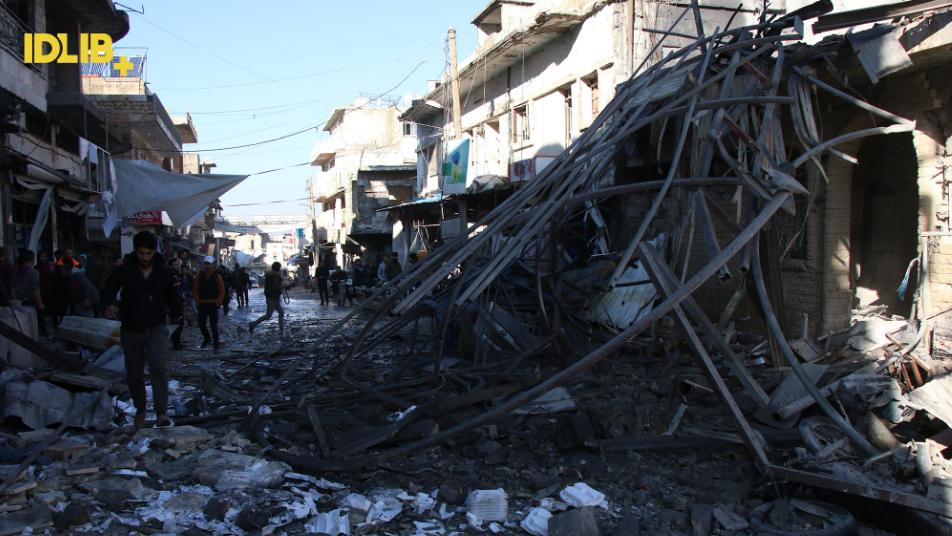 Orient Net
A civilian who was wounded during Assad bombardment on Idlib countryside died of his injuries on Tuesday (January 14), Orient correspondent said.
The man died on Tuesday of his wounds sustained in an Assad warplanes bombardment on the popular market in Binnish city on the 11th of January, raising the number of civilian casualties in Binnish massacre to nine, including seven children and a woman.
Meanwhile, Russian warplanes and Assad artillery shells and rockets targeted Idlib countryside on Tuesday, violating a ceasefire announced by Russia and Turkish Defense Ministry on the 9th and 12th of January.
On Monday, Assad regime's militias shelled Maarat al-Nuaman city in the demilitarized zone (DMZ) of Idlib countryside, killing a civilian and injuring three others.
On Saturday, Assad warplanes and helicopters intensified bombardment on the demilitarized zone (DMZ) of Idlib province, killing 21 civilians, including 10 children and injuring 97 others, including 32 children and 25 women.
The Syrian Network for Human Rights SNHR documented in its report released on (January 1) 43 massacres committed by Assad regime's militias and 22 massacres committed by Russian forces in 2019.
The report documented the deaths of 3,364 civilians in 2019, including 842 children and 486 women at the hands of the perpetrator parties to the conflict in Syria, including 234 in December.
Bombing by Russian-backed Assad militias in Syria has displaced more than 379,000 Syrians since last November.
More than 1 million Syrian IDPs live in 1395 camps in Northern Syria, of whom 121,832 IDPs live in 242 random camps, Mohammad Hallaj told Orient Net earlier this week.