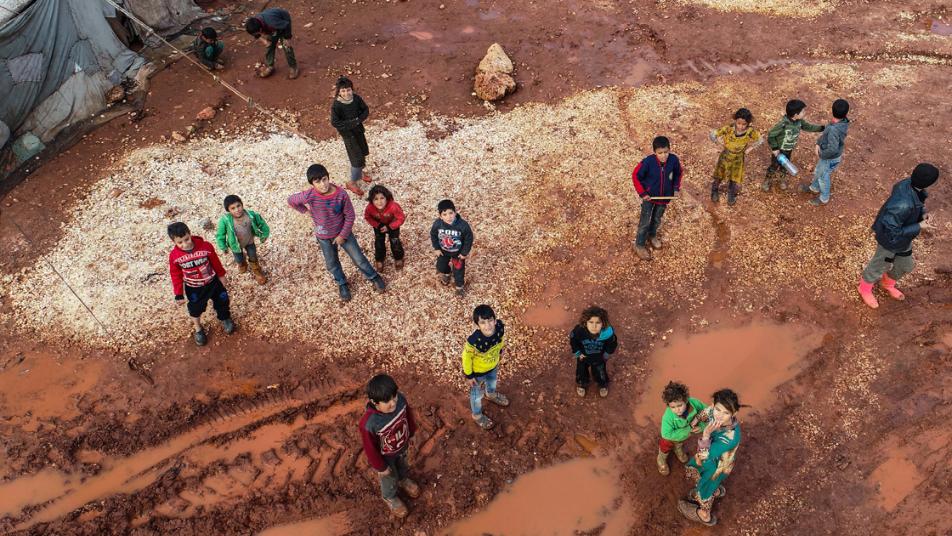 Overcrowded population of tent cities in Atme town and Kah village, located in Idlib city of northwestern Syria, continues to surge due to the recent influx of Syrian Forcibly displaced persons.
Tens of thousands of Syrians have been forced to flee their homes and take shelter in the tent cities since the Assad regime and Russia launched attacks in November 2019.
Most of those looking for new settlements set their tents near local villages and camps in the hope of benefiting from easy transportation, water sources and humanitarian aid. 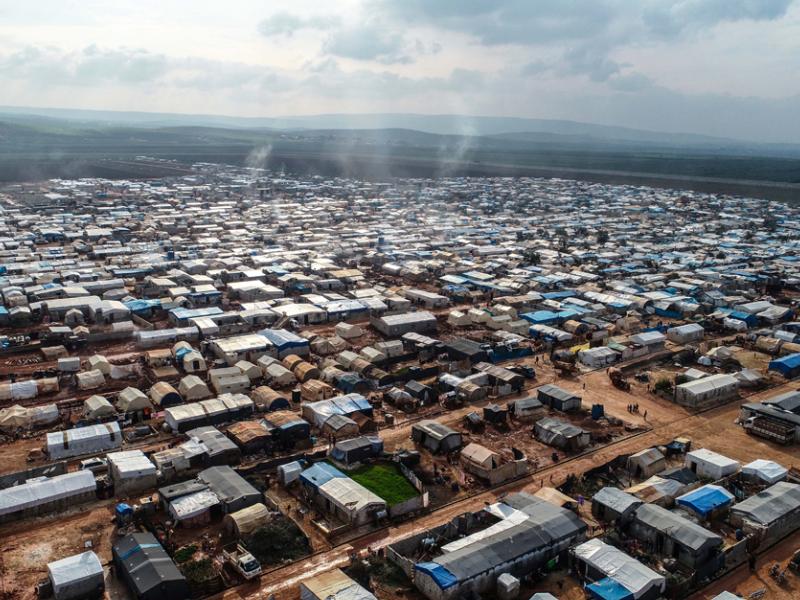 As for those unable to obtain tents, they have no option other than living in their relatives' tents until getting their own. One can see tents in which up to three families struggle to survive.

__new_in_first_article1__
Bombing by Russian-backed Assad militias in Syria has displaced more than 379,000 Syrians since last November.
More than 1 million Syrian IDPs live in 1395 camps in Northern Syria, of whom 121,832 IDPs live in 242 random camps, Mohammad Hallaj told Orient Net earlier this week.
Atma and Kah camps, located near the southern Hatay province of Turkey, are two settlements that are second to none when it comes to observing migration.
Although there is a distance of some 6 kilometers (3.7 miles) between the camps, they are about to transform into a single compound as the recent migration wave pushed their capacity to limits with thousands of needy people in dire need of assistance.
Some 600,000 people currently take shelter in these camps which are filled with scores of scrappy tents and lack basic infrastructure.
Anadolu Agency's air footage shows that the tent cities are transforming into what could be described as a tent metropolis with hundreds of thousands of people in life struggle.
Based on AA
قيم هذا المقال 14 0