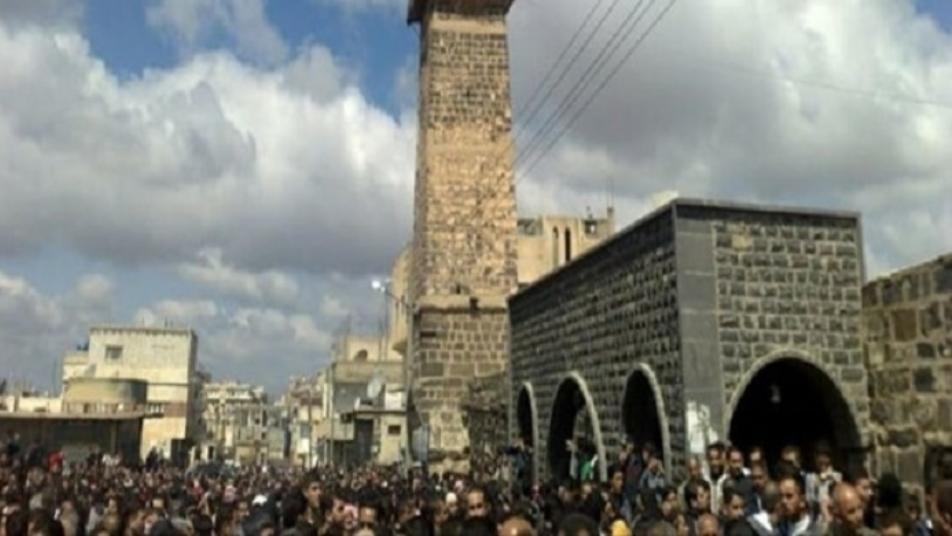 File Photo
Dozens of Syrian demonstrators took to the streets on Monday (January 13) in Daraa to demand freedom for Syrian detainees in Assad detention centers, local media reported.
Peaceful protesters hit the streets near the Omari mosque in the city centre and in al-Karak village, showing solidarity with their fellow citizens in Idlib and calling for the release the detainees in Assad regime prisons, chanting “free the detainees,” Horan Free League reported. 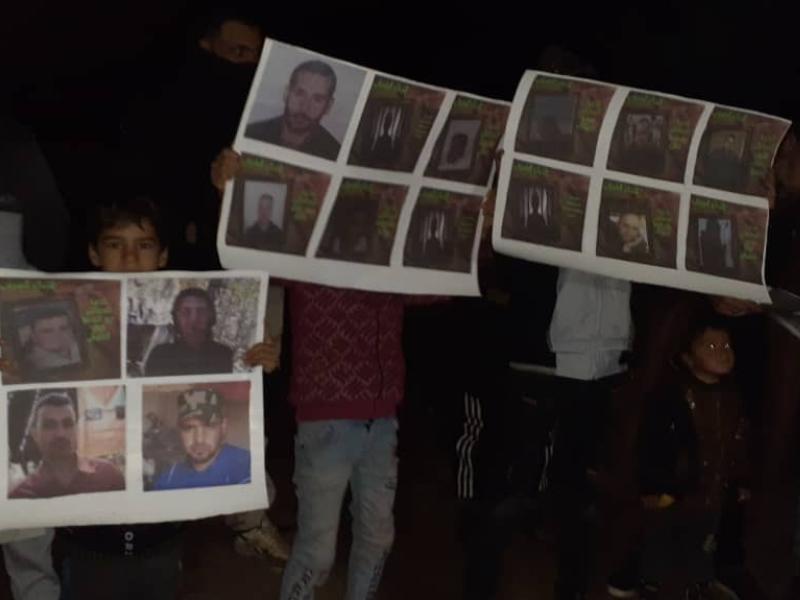 __new_in_first_article1__
The Syrian Network for Human Rights (SNHR) estimates that 1.2 million Syrian citizens have been arrested and detained at some point since the start of the uprising in March 2011. At least 130,000 are still detained or forcibly disappeared by the Assad regime.
The United States in September told UN Security Council that 128,000 people face arbitrary detention by the Assad regime and called for their release.
Assad militiamen re-occupied Daraa and its countryside without fighting after some factions in the Free Syrian Army handed over large swaths of the area in what was termed "reconciliation" with the regime in 2018.
The Syrian revolution broke out in 2011 when children wrote on their school walls anti-Assad regime slogans.
قيم هذا المقال