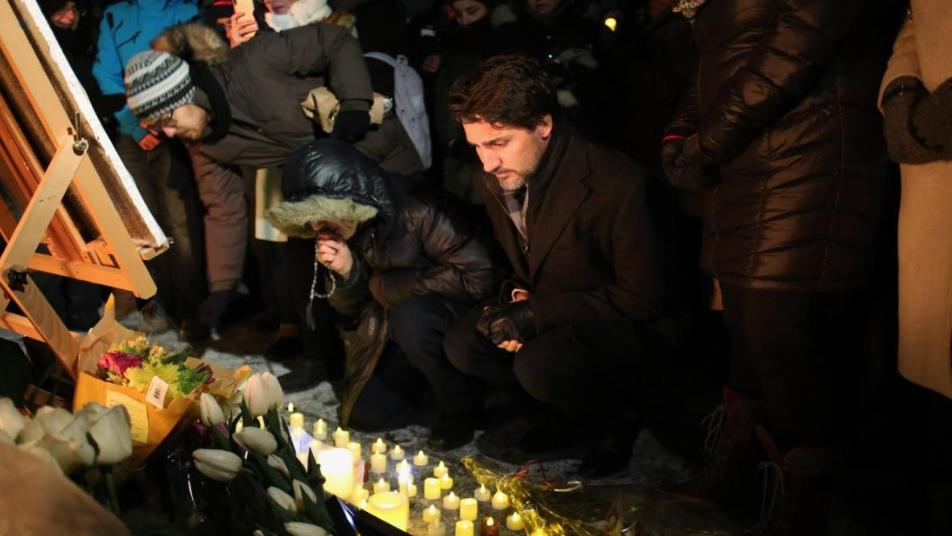 Orient Net
Canadian Prime Minister Justin Trudeau, his voice sometimes breaking, on Sunday (January 12) told a vigil for some of those killed in an Iranian plane disaster that he would “pursue justice and accountability” for what happened.
Iranian regime says it mistakenly shot down a Ukrainian airliner on Wednesday, killing 176 people. Fifty-seven Canadians died, most of them of Iranian descent, in one of the biggest single losses of life Canada has suffered in 40 years.
“You may feel unbearably lonely, but you are not alone. Your entire country stands with you, tonight, tomorrow, and in all the years to come,” Trudeau told a standing-room crowd of 2,300 in a basketball gymnasium in Edmonton, Alberta, home to 13 of the victims. Most had direct links to the University of Alberta.
As Trudeau spoke, boxes of tissues were passed among the mourners who packed the bleachers. Black-rimmed photos of the dead stood on the stage, beside arrangements of rose petals, candles and plates of dates.
“This tragedy should have never occurred, and I want to assure you that you have my full support during this extraordinarily difficult time ... you give us purpose to pursue justice and accountability for you,” said Trudeau, who has demanded Canada take part in the crash probe.
“We will not rest until there are answers.”
Alberta Premier Jason Kenney lamented an “epic demonstration of human folly.” Kenney, a political foe of Trudeau, told the vigil he was confident the prime minister would give his all to find out what happened.
Family and friends wept and hugged, listening to tributes to their loved ones from young and old.
The memorials follow several days of grief in Canada, including candlelight vigils in many cities.
Based on Reuters