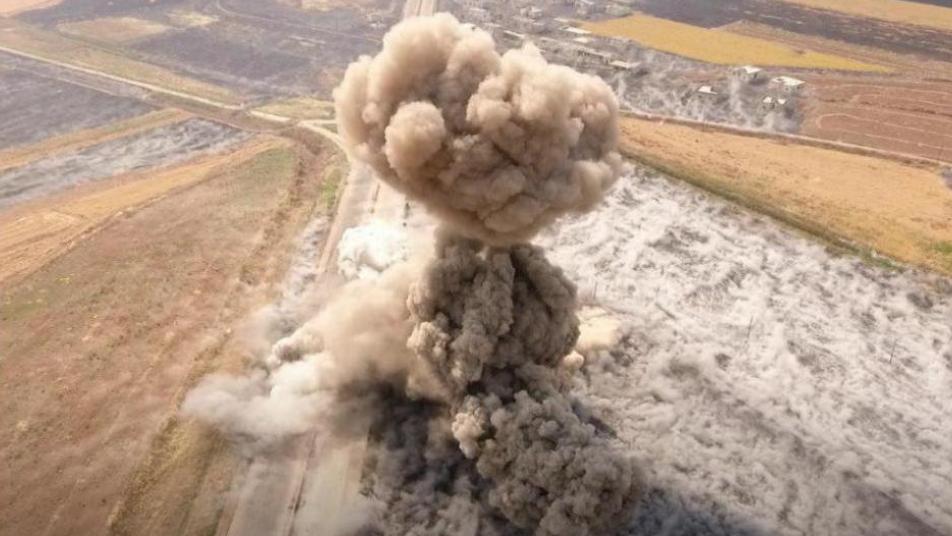 File photo
__new_Underarticle_image_EN__
Orient Net
An explosion ripped through Raqqa countryside on Sunday (January 12), killing a civilian, local social media reported.
A civilian was killed when a landmine exploded in Roz Shammar village in Raqqa countryside, Raqqa is Being Slaughtered Silently reported.
Demining former ISIS strongholds continues to be a major challenge in areas liberated from the group.
Thousands of civilians have been killed and wounded in landmine explosions across Syria.