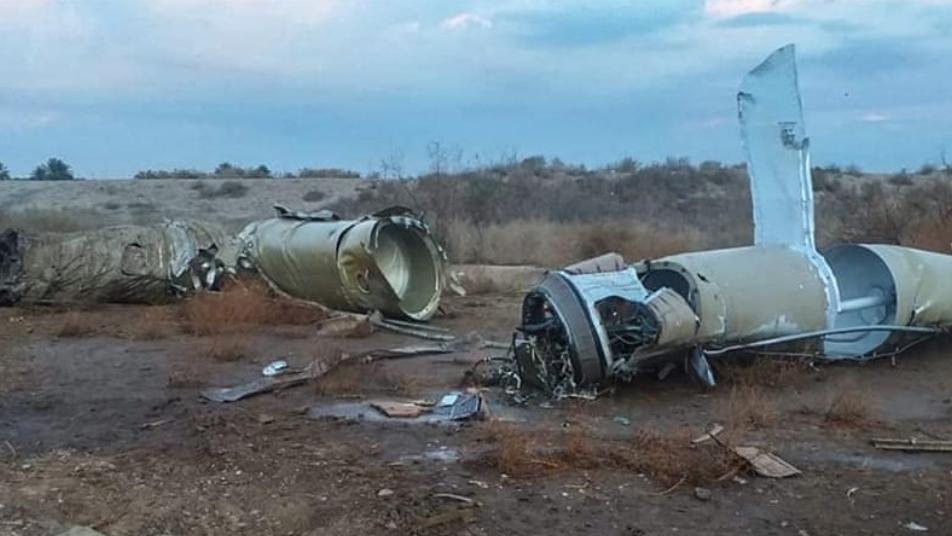 Ballistic missile debris is seen after Iranian regime's Revolutionary Guard targeted Ain al-Asad airbase in Iraq last week [Anadolu Agency]
Orient Net
Four people were wounded on Sunday (January 12) in an attack on Balad air base in northern Iraq which houses US personnel.
The Iraqi military said in a statement that eight Katyusha rockets had been fired at the base, about 80 km (50 miles) north of the capital Baghdad, and that the four wounded included two officers.
Military sources identified the wounded as Iraqi soldiers. They said seven mortar bombs had hit the base’s runway.
There was no word of any US casualties among the US forces at the base.
The Iraqi military statement did not say who was behind the attack and made no mention of heightened tensions between the United States and Iranian regime, which last Wednesday fired missiles at two military bases in Iraq which house US forces.
Based on Reuters