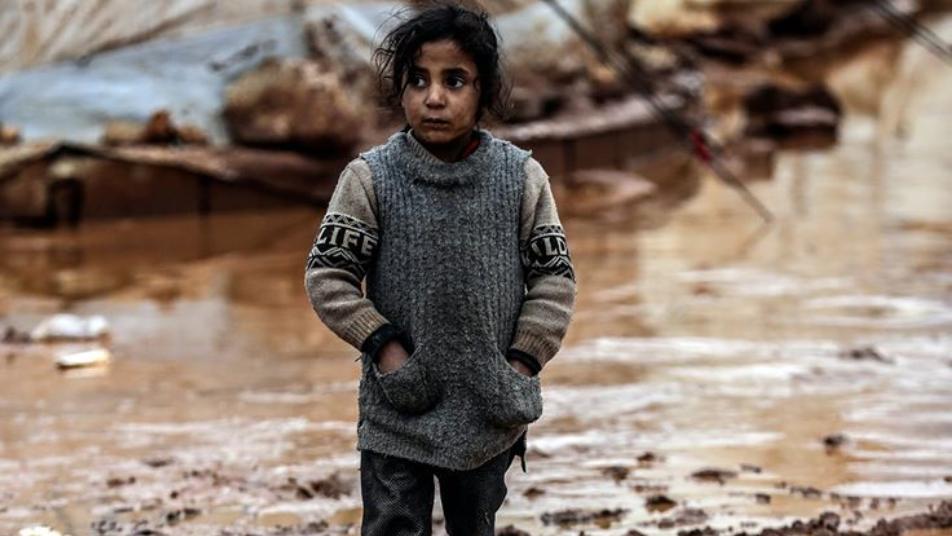 Esra Hacıoğlu photo
Orient Net
The UN Security Council on Friday (January 10) renewed a cross-border aid operation to Syria but in a watered down form that cut the number of border crossings and halved the length of the mission.
The authorization allows humanitarian aid to enter Syria for another six months and only from two border crossings with Turkey in the northwest of the war-torn country not controlled by Assad regime. Previously, assistance had been extended by a year and at four border crossings with Turkey, Iraq and Jordan.
Bombing by Russian-backed Assad militias in Syria has displaced more than 379,000 Syrians since last November.
More than 1 million Syrian IDPs live in 1395 camps in Northern Syria, of whom 121,832 IDPs live in 242 random camps, Mohammad Hallaj told Orient Net earlier this week.
By limiting the number crossings, more than 1 million people in northeast Syria could be cut off from humanitarian aid. The UN says 2.7 million people in the Syria's northwest Idlib province and 1.3 million in the northeast rely on assistance.
Russia and China abstained in the vote, prompting Britain and the United States to abstain in protest.
Britain's UN ambassador, Karen Pierce, said that limiting the number of bordering crossing and extending the mission by only six months was "an inadequate response to the situation on the ground."
"There are some 1.8 million people at risk in the northeast if we don't find a way to help them. This is winter. One can imagine how dire the situation becomes," Pierce told reporters.
Last Friday, Mark Lowcock, Under-Secretary-General for Humanitarian Affairs, and Rosemary DiCarlo, Under-Secretary-General for Political Affairs, briefed the Council in closed consultations on developments in Idlib.
Without the cross-border operation, we would see an immediate end of aid supporting millions of civilians -- UN Humanitarian Coordinator
During the meeting, several members cited the province’s deteriorating humanitarian situation to illustrate the urgent need to renew the cross-border aid mechanism before it expires.
Based on AFP, AP, Reuters and DW