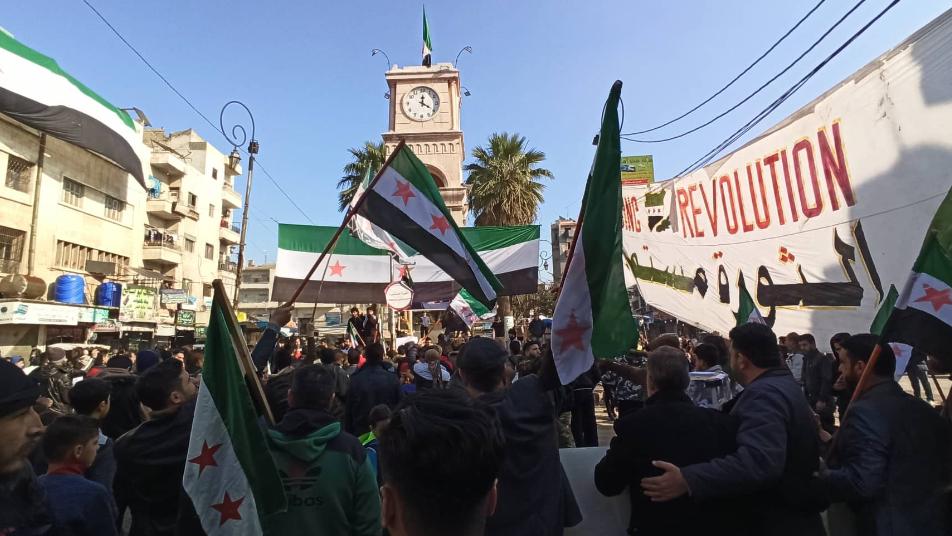 Idlib demonstrators revive Syrian revolution
__new_Underarticle_image_EN__
Orient Net
Syrian demonstrators took to the streets on Friday (January 10) in Idlib city center, chanting anti-Russia and Assad militia slogans and confirming the continuity of the Syrian revolution and condemning Assad and Russian bombardment on Idlib.
The demonstrators expressed their sympathy and support to the forcibly displaced persons from Maarat al-Nuaman city.
They asked International community to press Assad regime and Russia to stop killing civilians and to release the detainees.
__new_in_first_article1__
Meanwhile, About a dozen demonstrators organized a sit-in in Maarat al-Nuaman city to express their attachment to their land despite sever Assad and Russian bombardment that displaced more of its inhabitants. 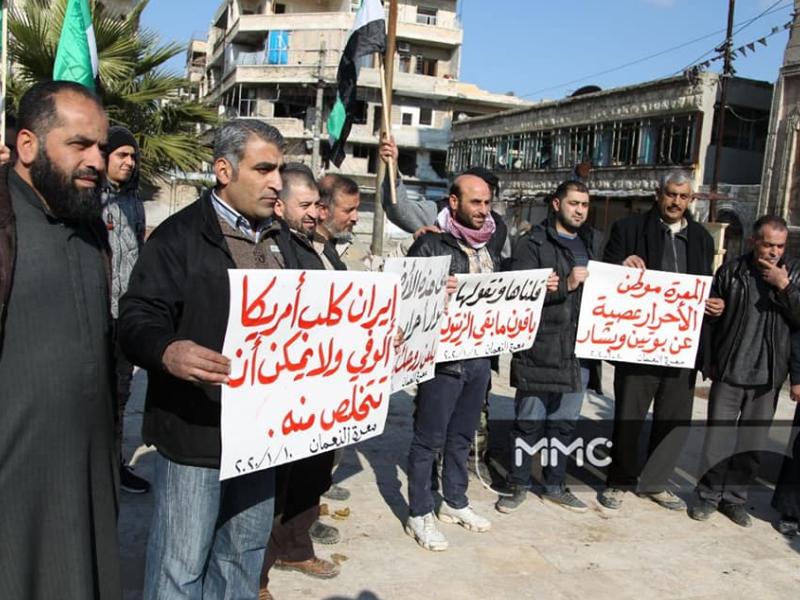 Two weeks ago, thousands of Syrian demonstrators and activists worldwide took to the streets in more than 50 cities and capitals worldwide chanting anti-Russia and Assad militia slogans and condemning Putin and Assad crimes in Syria.
Assad-Russian warplanes have committed dozens of massacres in Idlib and Hama countryside since they launched their bombing campaign on the 30th of April, largely violating the de-escalation zone deal reached between Russia and Turkey.