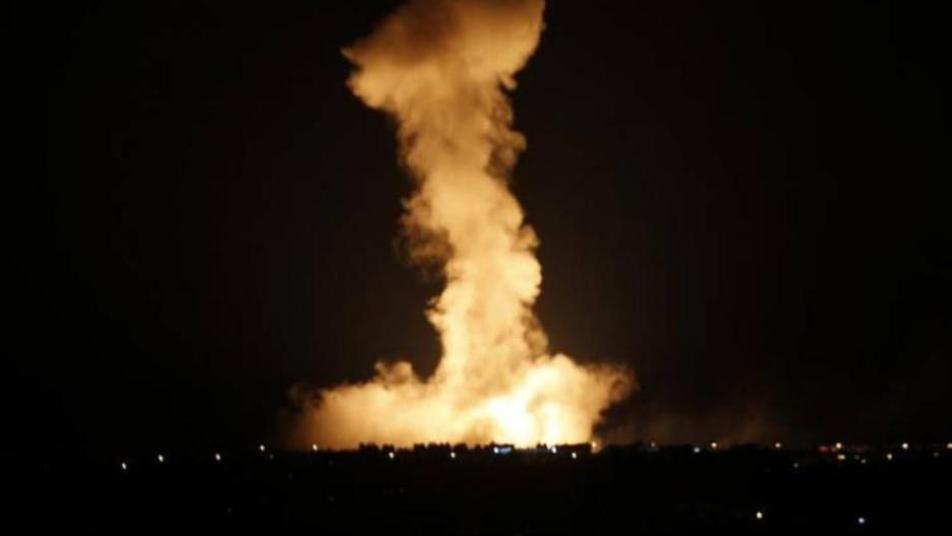 File photo
Orient Net
Unidentified planes struck targets in Syria near the border with Iraq on Friday (January 10), local media reported, triggering "a huge explosion" amid soaring tensions in the region between the US and Iranian regime.
The planes targeted positions belonging to pro-Iranian regime militias in the Bukamal city, near the border with Iraq, Euphrates Post reported.
The planes struck among other targets weapons depots and vehicles belonging to the militias.
Several explosions were heard in the border area after the planes strikes struck trucks carrying weapons and depots for ballistic missiles in the area, according to Deir ez-Zoor 24.
The Sound and picture, another activist collective in Syria's eastern Deir ez-Zoor area, said "unidentified planes" struck militia targets in Bukamal.
The US carried out military strikes in the area on Dec. 29, killing 25 members of an Iranian regime-backed Iraqi militia in retaliation to a rocket attack on a military base in Iraq that killed a US contractor.
Israel has also struck Iranian regime-backed militias in the area in the past.
The reported airstrikes came days after a US drone strike killed  Iranian regime’s Major-General Qassem Soleimani after he landed at Baghdad airport, drawing angry calls for revenge and escalating tensions to the brink of an all-out war between the two sides.