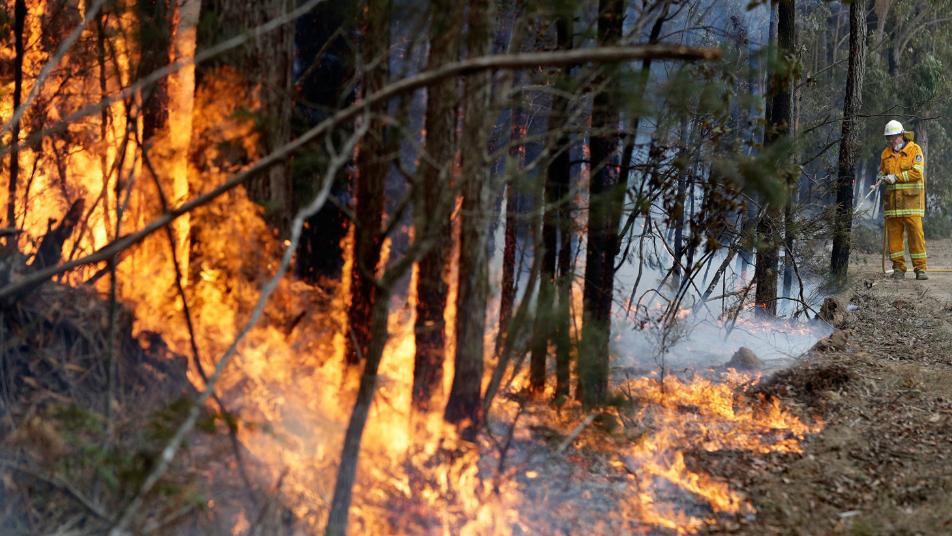 AP photo
Orient Net
Australian authorities urged another mass evacuation across the heavily populated southeast on Thursday (January 9) as a return of hot weather fanned huge bushfires threatening several towns and communities.
Victoria state Premier Daniel Andrews urged communities to be on alert ahead of the extreme conditions.
“If you receive instructions to leave, then you must leave,” Andrews said in a televised briefing. “That is the only way to guarantee your safety.”
Twenty-seven people have been killed this fire season, according to the federal government, as the monster fires have scorched through more than 10.3 million hectares (25.5 million acres) of land, an area the size of South Korea.
Thousands have been made homeless and thousands have had to evacuate repeatedly because of the volatility of the fires.
Parts of Kangaroo Island, a wildlife-rich tourist spot off the southeast coast where Prime Minister Scott Morrison on Wednesday made a plea for foreign tourists not to be deterred by the fires, were again evacuated on Thursday.
“I urge everyone to heed warnings, follow advice, and to head to the east part of the island, which is deemed safe at this point,” South Australia Fire Chief Mark Jones said in a separate briefing in Adelaide.
A third of the island has been destroyed.
Residents of the coastal town of Mallacoota, where thousands of people were stranded on a beach for days until a military evacuation that only ended on Wednesday, were among those again advised to flee.
Based on Reuters