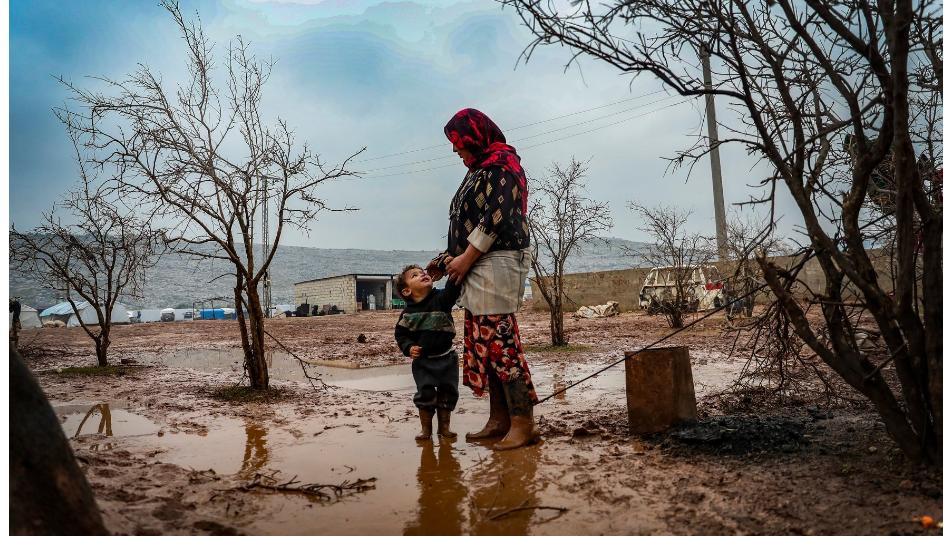 Esra Hacıoğlu photo
__new_Underarticle_image_EN__
Orient Net
Over 20,000 more civilians have fled Idlib city in northwestern Syria, taking shelter near the Turkish border in recent days, according to the head of Syria’s Response Coordination Group.
Mohammad Hallaj, the director of the group, told Anadolu Agency that the new wave of Forcibly Displaced Persons had come over the past two days, amid bombardment by the Assad militias despite the area being a de-escalation zone.
Bombing by Russian-backed Assad militias in Syria has displaced more than 379,000 Syrians since last November.
Due to the increasing displaced population, the tent camps in Idlib fail to meet the needs of war-weary Syrians as there is not enough space to set up more tents. Thousands of families are currently in dire need of humanitarian assistance.
More than 1 million Syrian IDPs live in 1395 camps in Northern Syria, of whom 121,832 IDPs live in 242 random camps, Mohammad Hallaj told Orient Net earlier this week.
__new_in_first_article1__
More than 526 facilities were targeted during 2019, which raises the number of people in need in the northern Syrian to more than 3,89 million out of the 4.35 million civilians living in the region, Hallaj added.
The IDPs appealed to humanitarian organizations, NGOs, and INGOs to help them find solutions and alternatives to their random camps.
Thousands of civilians are finding it difficult to find shelter due to the lack of aid and the few places where they can set up tents and infrastructure.
Most of the camps are being inundated by floods from heavy rains, in effect trapping people in lakes of mud.
White Helmets teams have been operating to meet the humanitarian calls and to address the tragic situation.
The teams are working to respond to the distress calls from the camps to channel significant floodwaters away and make the hard lives of the camp inhabitants just a little more bearable.