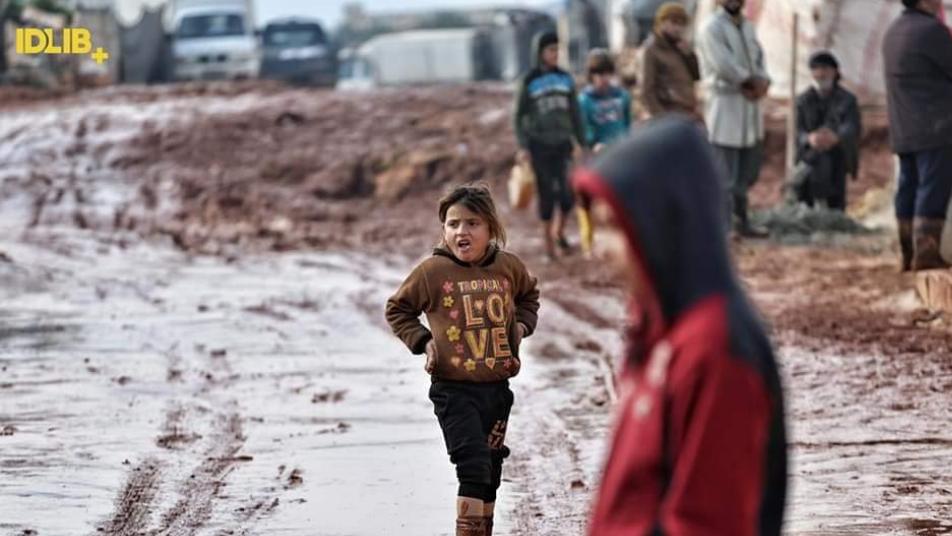 Orient Net
Many Syrian families who settled in tents in the de-escalation zone in Idlib, northwestern Syria are struggling to meet even their basic needs.
Families displaced to Idlib countryside due to ongoing attacks by the Assad and Russian attacks are struggling to hold onto life in mud-drenched camps and under severe weather conditions.
In camps lacking roads, water, and electricity, Syrians are looking for heaters, medicines, food, and drinking water as their primary needs.
The 90-tent Yavru Fida camp, beset by difficult weather, is just one of the camps that shows this.
Families, setting up makeshift tents in farmland under rocks, meet their need for fuel using garbage and for drinking water using rainwater.
Bereft of any kind of heater, the Syrians cannot even dry out their soaked clothes and try to get warm by burning bushes and rags outside. 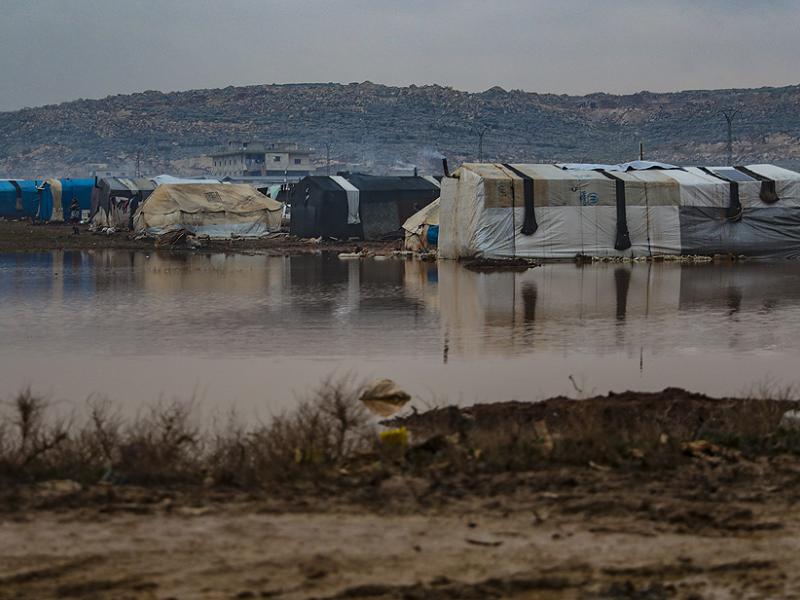 Families in dire need
Abu Mahmud, who came from the town of Maarat al-Numan and serves as a voluntary imam in the tent camp, said 90 families live in the camp and no one has any way of making a living.
“Everybody here is poor. They have nothing to carry on their lives,” he said.
Saying that every family there has children, he explained that they need around 4,000-5,000 Syrian pounds (around $9.7) simply to carry on their daily lives.
“But the families don’t even have 1,000 Syrian pounds ($1.9) in their pockets. We’re in a very tough situation,” he noted.
Mahmud said that to date no aid has reached the camp, stressing the urgent need for heaters, fuel, blankets, and food.
Ahmed Abdullah, who also came from Maarat al-Numan together with his wife and two children, said the children are the ones hit the hardest by the cold weather.
“There’s a great many children here, and the weather is too cold,” Abdullah said, adding that everywhere is covered with mud and water.
Turkey and Russia agreed in September 2018 to turn Idlib into a de-escalation zone in which acts of aggression are expressly prohibited.
Since then, more than 1,300 civilians have been killed in attacks by the regime and Russian forces in the de-escalation zone as the cease-fire continues to be violated.
Over 1 million Syrians have moved near the Turkish border due to the intense attacks last year.
Based on AA