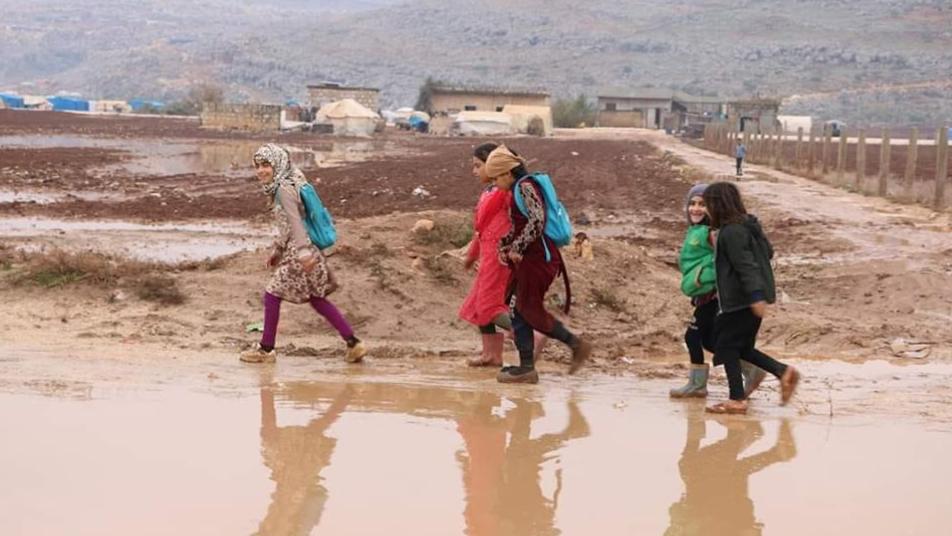 Orient Net
Following a sharp escalation of hostilities in southern Idlib, “at least 300,000 civilians have fled their homes” since mid-December, the UN Deputy Regional Humanitarian Coordinator for the Syria crisis said on Tuesday (January 7), voicing concern for their well-being.
“I am alarmed at the deteriorating humanitarian situation in Idlib, northwest Syria, where over three million civilians remain trapped in a war zone – the vast majority of them women and children”, Mark Cutts said in a statement.
The downward spiraling situation is occurring in bitter winter temperatures that pose further risks to those who fled with little more than the clothes on their backs.
Moreover, many are currently living in tents and makeshift shelters, exposed to the elements in inhospitable places.
At least 359,471 civilians were forcibly displaced in northwestern Syria since November 1st after the attacks of Assad regime and Russia on the Idlib de-escalation zone, Mohammad Hallaj, the director of Syria's Response Coordination Group, told Orient Net on Monday.
More than 1 million Syrian IDPs live in 1395 camps in Northern Syria, of whom 121,832 IDPs live in 242 random camps, Hallaj added.
Fleeing attacks by the Assad regime and its allies in Idlib, over the last days some 31,000 Syrian civilians have flocked to areas close to the Turkish border, Anadolu Agency reported on Tuesday.
Bombing by Russian-backed Assad militias in Syria has displaced more than 300,000 people in Idlib province in the northwest of the country, Turkey's interior minister said Tuesday.
Dire situation
This latest wave of displacement “compounds an already dire situation in Idlib – a densely populated governorate already hosting displaced people from all over Syria”, informed the official from the Office for the Coordination of Humanitarian Affairs (OCHA).
An additional 400,000 people in southern Idlib were displaced and at least 1,300 civilians were killed by airstrikes and shelling between May and August last year, bringing the total number of people displaced by fighting across the last opposition-held enclave in the last eight months, to over 700,000. 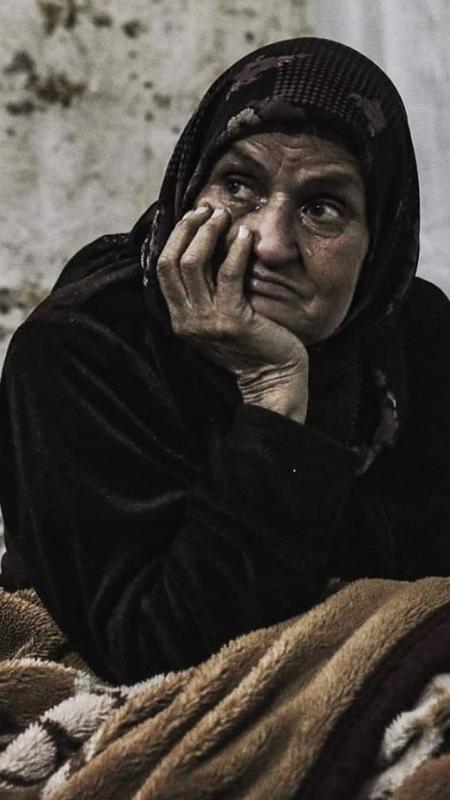 “Every day we receive more disturbing reports of families caught up in the violence, seeking refuge and access to essential services in overcrowded camps and urban areas”, he continued, adding that many are sheltering in schools, mosques and other public buildings.
In tandem, critical shortages of food, shelter, health and other basic survival services are being reported across Idleb.
Struggling to cope
According to Mr. Cutts, “at least 13 health facilities in Idlib have recently been forced to suspend their operations due to the security situation”, exacerbating the suffering of the local population and heightening levels of vulnerability.
On Sunday, he recalled receiving reports of “at least nine civilians killed and 20 others injured in Ariha, following airstrikes in the area”, which also destroyed a school, a kindergarten and a mosque, amongst other buildings, he stated.
“This is but one example of the daily nightmare being faced by the civilian population of Idleb”, Mr. Cutts spelled out.
This incident follows a string of similar and equally disturbing incidents in the last few weeks.
Airstrikes and shelling continue
“Airstrikes and shelling are now taking place in many towns and villages on a near daily basis”, he lamented.
The United Nations continues to call on all parties to the conflict to take every necessary measure to ensure that civilians are protected, in accordance with international humanitarian law, and for an immediate cessation of hostilities.