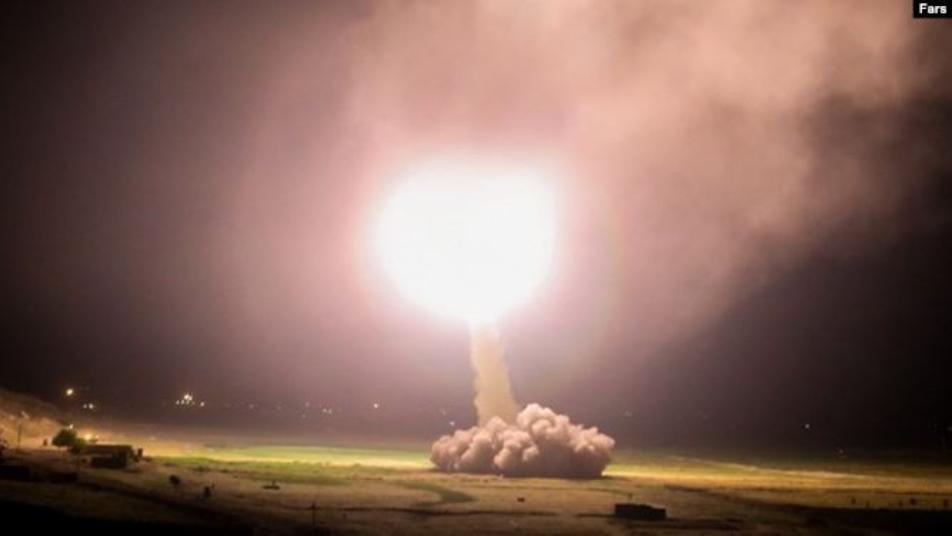 Orient Net
Iranian regime on Wednesday (January 8) launched more than a dozen ballistic missiles targeting multiple locations in Iraq, including at least two military bases housing US troops and coalition forces, the Pentagon said.
Defense Department spokesman Jonathan Hoffman said: “It is clear that these missiles were launched from Iran."
Military bases at Ain Assad and Irbil were hit, he said, adding that “initial battle damage assessments” were being conducted.
Iranian regime’s Islamic Revolutionary Guards Corps (IRGC) claimed responsibility for the attacks, Iranian regime television and state news agencies reported.
The IRGC stated the multiple attacks were in retaliation for the killing of a prominent Iranian military commander, Qasem Soleimani, who died in a US air strike last week.
A communique from the Iranian military threatened “more crushing responses” should the United States respond to the attacks.
Iranian Foreign Minister Mohammad Javad Zarif said on social media that Tehran took proportionate measures in self-defense.
US President Donald Trump said that “all is well” after the missile attacks, adding that he will give a morning briefing on the situation on January 8.
“Assessment of casualties & damages taking place now. So far, so good! We have the most powerful and well-equipped military anywhere in the world, by far!” Trump tweeted.
It was unclear what other sites may have been attacked.
The Ain Assad air base that was struck is located in the west of the country.
The US base in Irbil is to the north and has been a special operations hub, home to hundreds of troops, logistics personnel, and intelligence specialists, The New York Times reported.
Meanwhile, US Secretary of State Mike Pompeo and Defense Secretary Mark Esper arrived at the White House after the attacks, while Vice President Mike Pence has been in contact with congressional leaders by phone.
The multiple attacks came hours after Soleimani was buried in his hometown on January 7.
A day earlier in Washington, Esper told reporters that he anticipated Iran would retaliate for the death of Soleimani "in some way, shape, or form."
"We're prepared for any contingency. And then we will respond appropriately to whatever they do," he warned.
Based on RFE, AP, TASS, Reuters, dpa and AFP