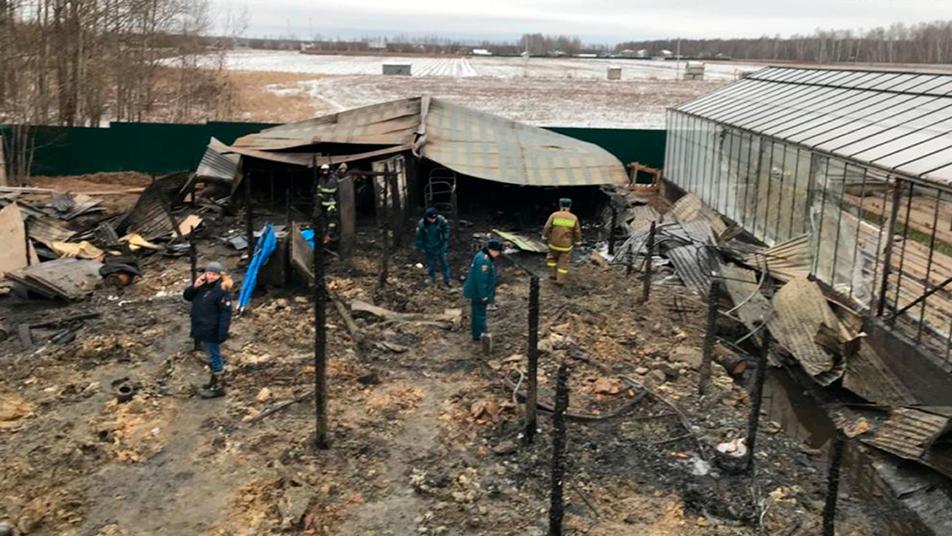 Emergency personnel work at the site of the fire in the village of Nesterovo outside Moscow on January 7
Orient Net
Eight labor migrants from Tajikistan have been killed by a fire at a greenhouse farm in a suburb of Moscow.
Russian media reports quoted the Emergency Situations Ministry as saying that a ninth victim was injured by the fire that struck the structure where the workers were living. The injured man's citizenship was not disclosed.
The early morning fire on January 7 was in the village of Nesterovo in the Ramensky district of the Moscow region. The ministry said the blaze was extinguished by firefighters at about 6 a.m.
The cause of the fire was not immediately clear.
Officials at Tajikistan's embassy in Moscow told RFE/RL that they'd sent diplomatic representatives to the farm to confirm the nationalities of those who died.
Based on RFE, Interfax and TASS