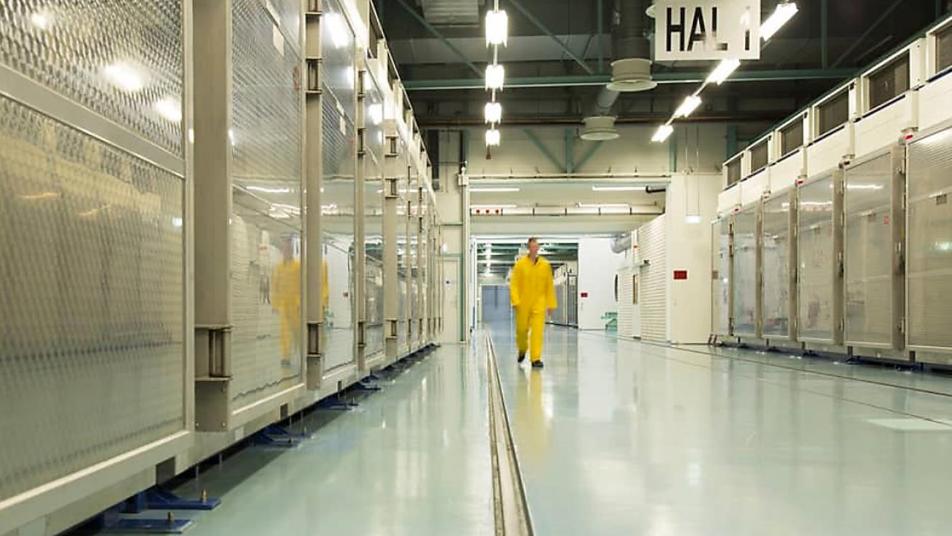 The interior of the Fordow research plant in Iran (AFP)
Orient Net
Iranian regime’s announcement on Sunday that it would abandon limitations on enriching uranium could be the first step towards the end of a 2015 nuclear deal with six major powers, German Foreign Minister Heiko Maas said on Monday (January 6).
Iranian regime had been expected to announce its latest stance on the deal this weekend. But its announcement coincided with a major escalation of hostilities with Washington following the US killing of top Iranian military commander Qassem Soleimani in a drone strike on Friday in Baghdad.
“We will definitely talk to Iran again. What has been announced is, however, not consistent with the agreement,” Maas told Deutschlandfunk radio, adding that German, French and British officials would discuss the situation on Monday.
“(The situation) has not got easier, and this could be the first step to the end of this agreement, which would be a big loss so we will weigh this up very, very responsibly now.”
Iranian regime television said Iran would not respect any limits set down in the pact on the country’s nuclear work. These include limits on its number of uranium enrichment centrifuges, its enrichment capacity, the level to which uranium can be enriched, the amount of stockpiled enriched uranium and its nuclear research and development activities.
Iranian regime has already steadily overstepped the deal’s limits on its nuclear activities in response to the United States’ withdrawal from the accord in 2018 and Washington’s reimposition of sanctions that have crippled Iran’s oil trade.
Under the nuclear deal, Tehran agreed to curb its nuclear activities in exchange for the lifting of most international sanctions.
Asked about Iranian regime’s decision to pull back further from its commitments under the agreement, Maas said: “That is a decision that makes the already difficult situation even more difficult. Nobody wants Iran to acquire nuclear weapons.”
“What Iran has announced is no longer in accordance with the agreement, so we will sit down today with France and Britain to decide on that - how we respond to that this week,” he added. “We can’t put up with that without reacting.”
Based on Reuters