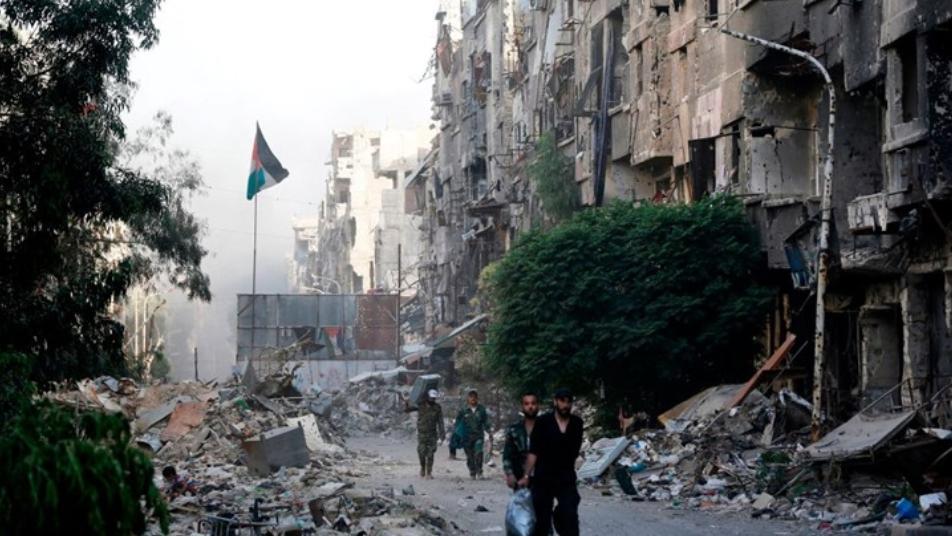 Orient Net
Assad militiamen have detained at least 50 children in the south of Damascus in the last few days, Orient learnt from local sources.

Assad patrols stormed the town of Yalda where children from the Yarmouk Camp lived, detaining at least 50 children who are between 10 and 16 years old.
The reason behind the detention was tearing one of Bashar Assad's photos into pieces in the Jarmaq school.
Assad patrols security branch told parents that their children were facing grave charges of belonging to ISIS.
Yarmouk Camp is completely destroyed by Assad bombing none of Palestinians could return to their homes following the anti-Assad protests which caused the devastation.
Assad terrorists besieged the camp where Palestinians were starved to death, People belonged to ISIS amid the extreme dire living conditions then.